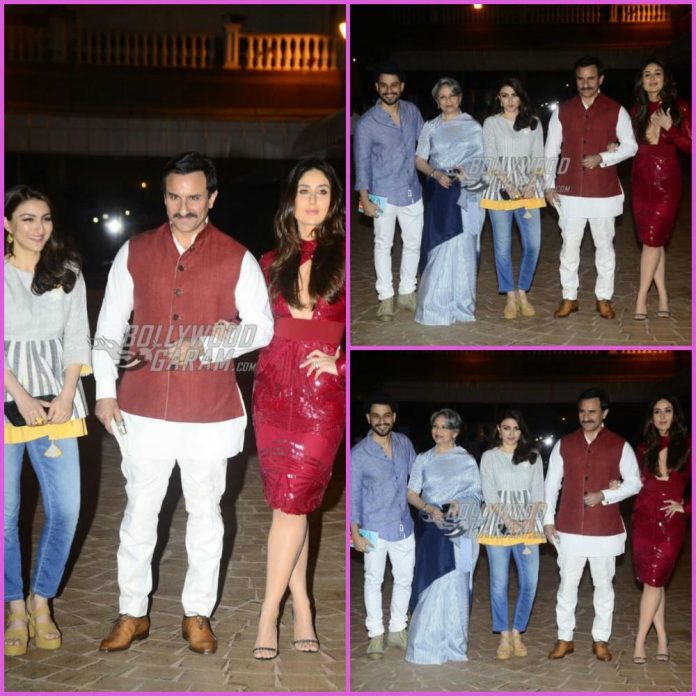 Kareena Kapoor looked gorgeous in a bright maroon outfit while Saif was seen in a white kurta and pyjama with a maroon jacket to match with Kareena’s outfit. Kunal was seen in a casual shirt and white pants while the author Soha was seen in a simple striped top and a pair of denims. Mother Sharmila Tagore was all smiles for the paparazzi as she appeared in a simple yet elegant sari.

Soha was last seen in the film Ghayal Once Again and since then has been off movies due to her pregnancy. The actress turned author with the book The Perils of Being Moderately Famous which narrates a few incidences of her life as a royal princess.