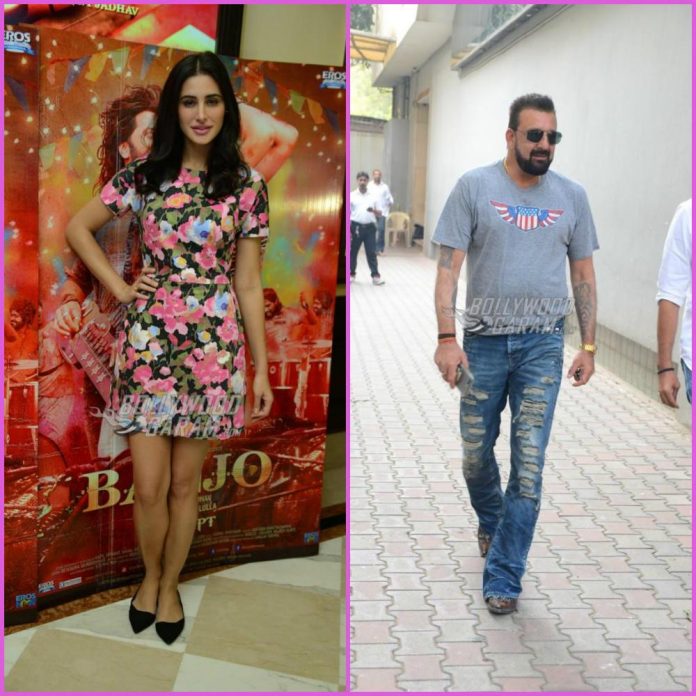 Nargis Fakhri has been off the Bollywood radar in recent times. However, the actress will soon be seen in the upcoming film Torbaaz opposite Sanjay Dutt. The story of the flick is based in Afghanistan and narrates the story about child suicide bombers in the country, who are trained to believe that killing is a virtue and that glory is in an afterlife.

Reports from a leading daily have mentioned that Nargis will be flying down from her Los Angeles home to Bishkek, which is the capital of Kyragyztan to begin shooting of her upcoming Bollywood flick. Torbaaz will see Sanjay playing the role of an army officer, who aims to rescue the children of war. Sanjay in an earlier statement said, “I am keen to be a part of films that are highly content driven. I want to create a memorable slate of films for my fans”.

More reports revealed that Dutt had written five songs when he was in jail and one of them O Meri Aangan Ki Chidiya Hai Tu will be featured in the film. The song is about a relationship between a father and a daughter. The upcoming film is produced by Raju Chadha and Rahul Mitra. Nargis is also due to be seen in the upcoming films 5 Weddings and Race 3.