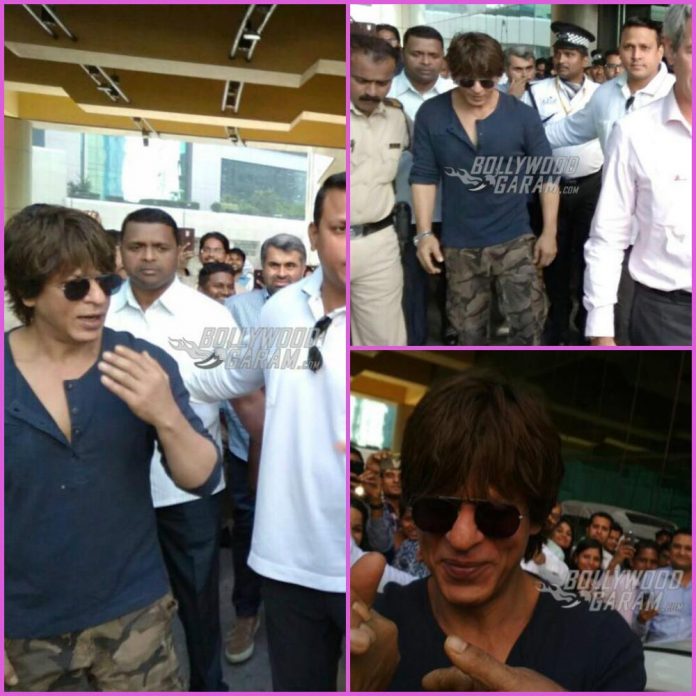 Shah Rukh Khan has a lot of fan following and is always showered by the love of his fans wherever he goes. The actor was mobbed and surrounded by fans as he stepped outside in Mumbai on December 13, 2017. Shah Rukh looked great as he was seen wearing a blue t-shirt, camouflage pants and black sunglasses.

On the work front, the actor is currently filming for the upcoming film by Anand L. Rai, which also stars Anushka Sharma. Sharma has currently taken break from her work schedule for her marriage with Virat Kohli. The film also stars Katrina Kaif.

Shah Rukh in a recent interview said that the title of the film has been decided and the poster is under process. The film is due to be released in December 2018. Shah Rukh also recently refunded the distributors of the film Jab Harry Met Sejal as it incurred losses at the box office.

The Baazigar actor compensated 15% of the losses to the distributors.