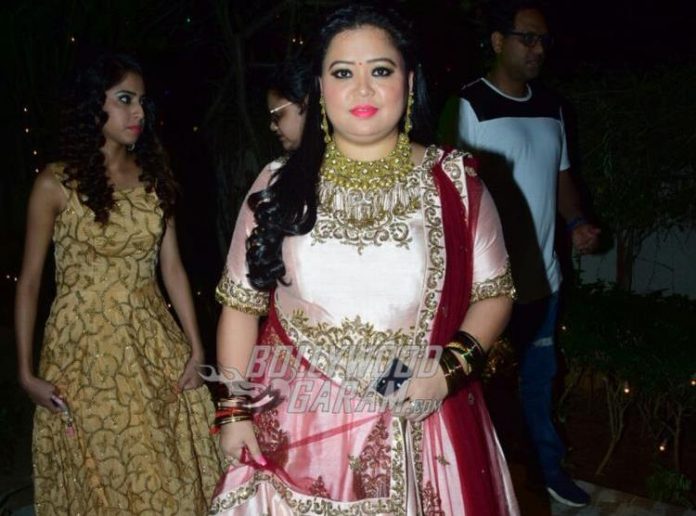 Comedian and actress Bharti Singh was in news in recent times for her lavish destination wedding at Goa with Harsh Limbachiyaa. Now that the actress is happily married to Harsh, Bharti is ready to get back to her work space. Singh will soon be seen as the celebrity guest on Akshay Kumar’s show The Great Indian laughter Challenge.

Reports say that the actress is so dedicated to her work, that she postponed her honeymoon plans with Harsh to shoot for the finale episode of the comedy show. Surprisingly, not many are aware that The Great Indian Laughter Challenge is the show from where Bharti began her comedy career. This was also the reason Bharti wanted to be a part of the show.

The comedian was a part of the show eight years back and will now be back to the show as a celebrity judge. Bharti got married to Harsh in a fairy-tale wedding in Goa on December 3, 2017. The wedding had everything from designer wedding outfits, to a pool party to a cocktail party and off-course a lavish wedding reception. The couple also released a wedding web series which showed the journey of the couple as lovers to newly married.

Bharti is a Punjabi girl who got married to Harsh who comes from a Gujarati family.