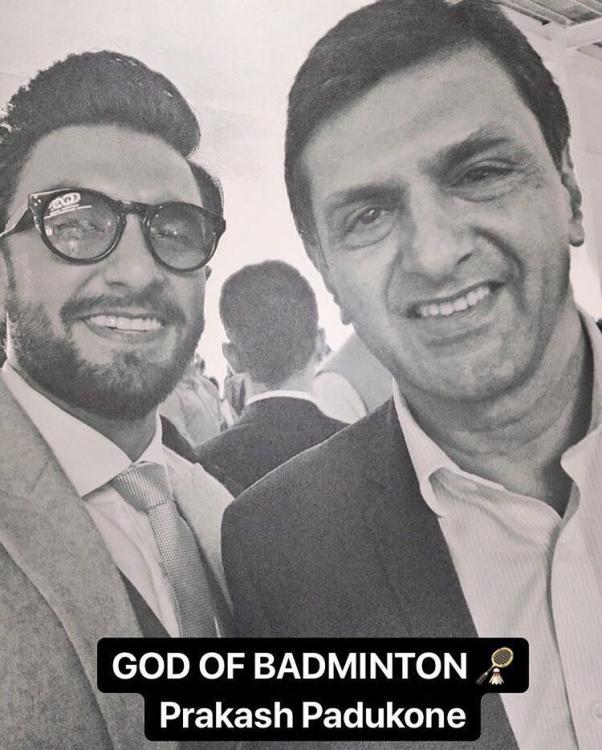 Ranveer Singh and Deepika Padukone have been in an on and off relationship with each other but have never confessed about it in open. The Bajirao Mastani actors were present at the launch of Prakash Padukone and Rahul Dravid’s sports academy known as the Padukone-Dravid Centre for Sports Excellence in Bengaluru on December 18, 2017. What caught everyone’s attention was Ranveer’s selfie with Deepika’s father Prakash Padukone.

Singh shared a cool selfie with the king of Badminton and captioned it as, “God of Badminton”. Well the picture says it all that Singh shares a great rapport with Deepika’s father. Reports say that the actor is close to the Padukone family. Moreover, at an awards event in 2016, Ranveer was seen touching Deepika’s parent’s feet before going to the stage to collect his award.

The Befikre actor had once on a talk show called Deepika as marriage material, while Deepika’s father had reacted on it saying, “They are adults and know what they are doing. As a father, I have given Deepika the freedom to take her own decisions. Even in this case, she is free to decide whatever she wants to do.”

On the work front Ranveer is looking forward for the film Padmavati and will also be shooting for the upcoming film Gully Boy.