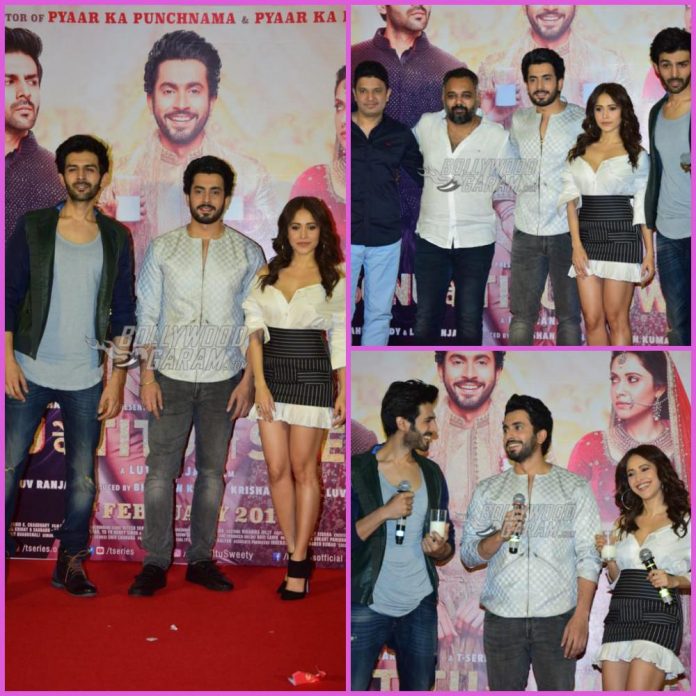 The makers of Pyaar Ka Punchnama have come up with another interesting comedy with the film Sonu Ke Titu Ki Sweety and have launched the trailer at an event in Mumbai on December 20, 2017. The film stars Kartik Aaryan, Nushrat Bharucha and Sunny Singh, who are ready to take the audience on another laughter ride.

While the earlier film Pyaar Ka Punchnama was about girlfriends throwing tantrums on their boyfriends, the new story is about a war between bromance and romance. Sunny will be seen playing the role of a person, who is in a bad relationship, while Kartik advises him to move on. However, when Sunny decides to put a full stop to his constant on and off relationship and get married, this is when Nushrat AKA Sweety enters the scene.

Sweety is a person, who has all the qualities to be the perfect daughter-in-law, perfect daughter and off-course the best girlfriend while Sunny who plays Titu, falls head over heels in love with her. But Sonu is not convinced that a girl could be so perfect. The film is directed by Luv Ranjan and is ready to be released in theatres on February 9, 2017.