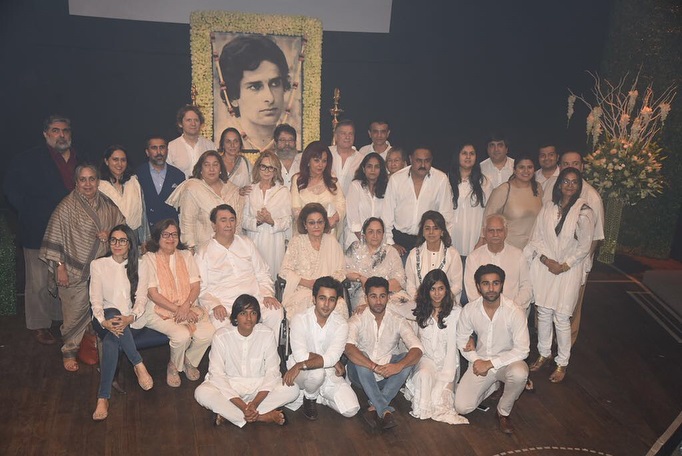 Veteran star Shashi Kapoor passed away earlier this month after being unwell for a prolonged time. With the demise of the veteran star, it was predicted that the annual dinner, when the entire Kapoor family comes together gather, might not take place. But Randhir Kapoor in an interview with a leading daily said that the annual tradition will be continued.

Kapoor added that the annual tradition followed by the family will continue and will be a tribute to the late star. Randhir also said, “My uncle was a family man and always believed in celebrations. In fact, he had told us that we should not mourn his death and instead, celebrate his life. I think his kids are just doing that and are paying an ode to him. Like my father, Raj Kapoor said, ‘The show must go on.'”

This year the brunch will celebrate the life of Shashi Kapoor. Randhir Kapoor also revealed that like every year they are expecting the entire family to be there and everyone will be sharing fond memories of the star. The Kapoor family along with Khan family were at the Pataudi Palace to celebrate Kareena Kapoor and Saif Ali Khan’s son Taimur Ali Khan’s first birthday and have returned back to Mumbai.

It was Shashi Kapoor’s wife Jennifer Kendal who had started the tradition of Christmas Brunch more than three decades back.