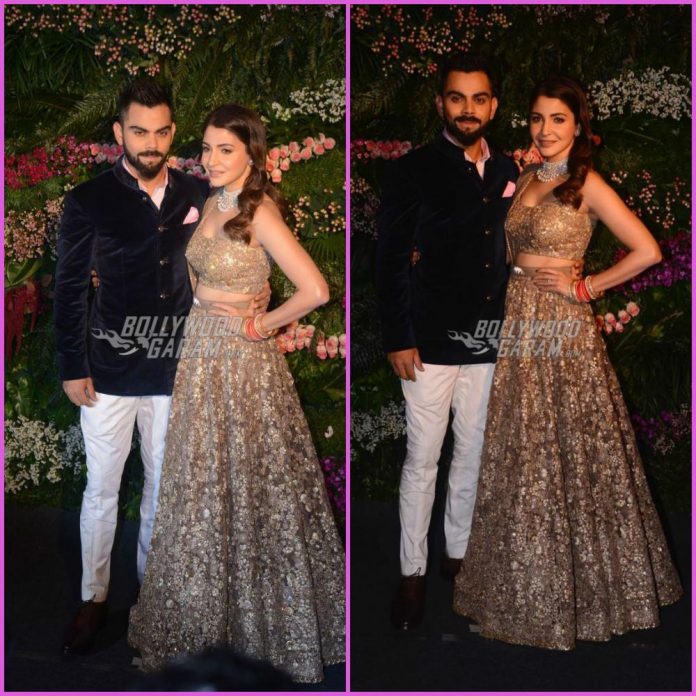 Anushka, who carried a complete traditional look for her Delhi reception, went for a western look for the Mumbai one. The Rab Ne Bana Di Jodi actress looked pretty in a golden indo-western outfit created by Sabyasachi. Anushka completed her look with a diamond necklace and traditional red bangles also known as chuda. The actress for her reception in Delhi had worn a traditional Benarasi sari by Sabyasachi.

The newly-weds were all smiles and poses for the shutterbugs.