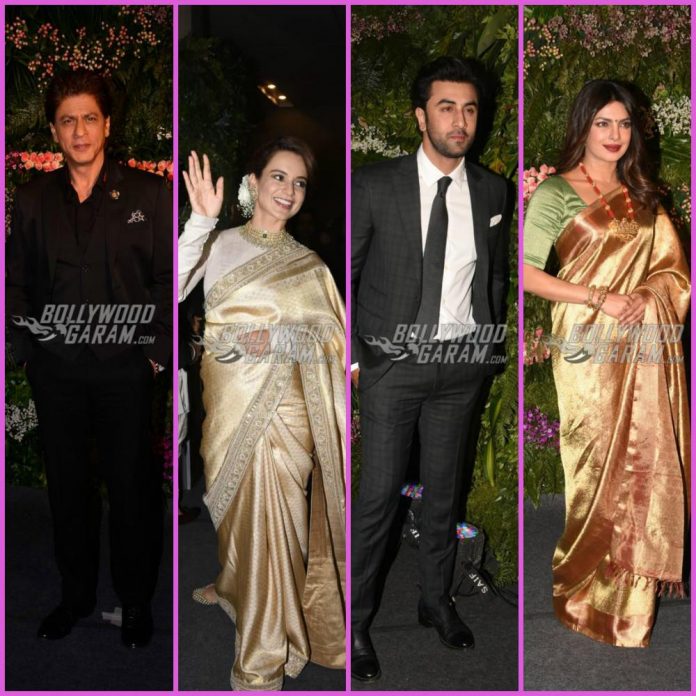 Priyanka Chopra looked gorgeous in a traditional golden sari. Kangana Ranaut too went the traditional way with a silver sari and a white blouse. Filmmaker Karan Johar looked great in a white bandhgala outfit while Shah Rukh looked dapper in a black suit.

Anushka and Virat got married in an intimate wedding ceremony in Italy amidst just close friends and family members on December 11, 2017. A wedding reception was also held in Delhi on December 21, 2017.