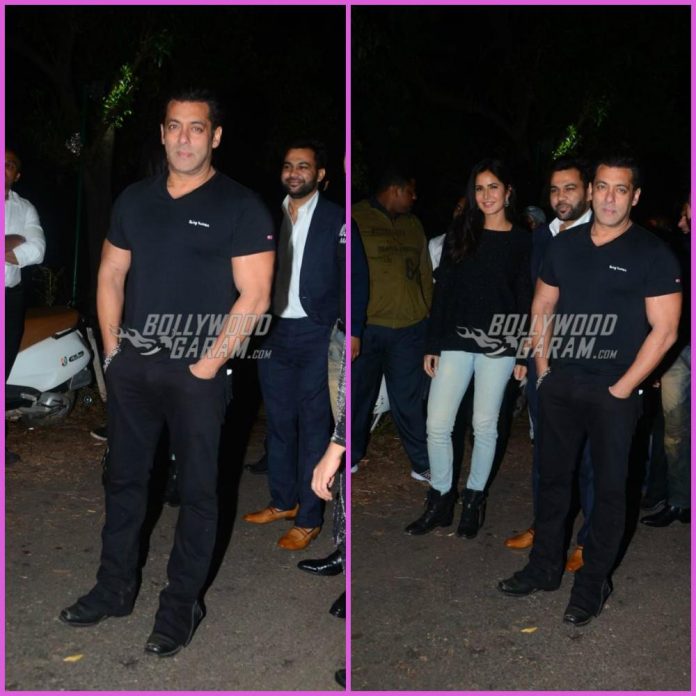 Salman Khan has always loved to celebrate and have intimate celebrations at his Panvel farmhouse in Mumbai. As the star turns a year older on December 27, Salman threw a bash for some of his close friends and colleagues in Mumbai on December 26, 2017.

Former girlfriend Katrina Kaif was also seen bonding with the star and was also present at the media interaction session. Salman looked dapper in a black Being Human t-shirt and black pants while Katrina kept her look simple with a black top , a pair of denims and black shoes. Katrina and Salman were all smiles as they were clicked by the cameras.

The party also saw the presence of Sonakshi Sinha, Mahendra Singh Dhoni, Daisy Shah, Sohail Khan, Arbaaz Khan, Mudassar, Vatsal Sheth, Sneha Ullal, Sooraj Pancholi and others. Salman and Tiger are currently enjoying the success of their film Tiger Zinda Hai, which released in theatres on December 22, 2017 and is running successfully all over.