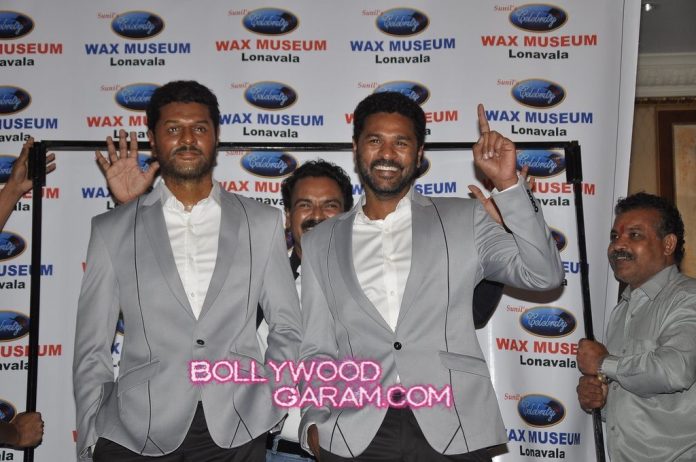 BollywoodGaram.com: Choreographer-turned-filmmaker Prabhu Deva unveiled his life-size wax statue at the Hotel Leela in Mumbai on September 2, 2013. While talking about his wax model, the dance veteran said that it has to be kept at the Lonavala Wax Museum in Maharashtra which also displays a host of other Indian celebrities.

The “ABCD” actor said that initially he was not so enthusiastic about it, but when the work was actually shown to him through photographs, he appreciated it.

Prabhu Deva also stated that the process of making the statue took about six months and that plenty of measurements were taken in order for it to be made. The actor’s statue is dressed in a grey-colored blazer with black trousers and the dancer wore the same attire to the event.