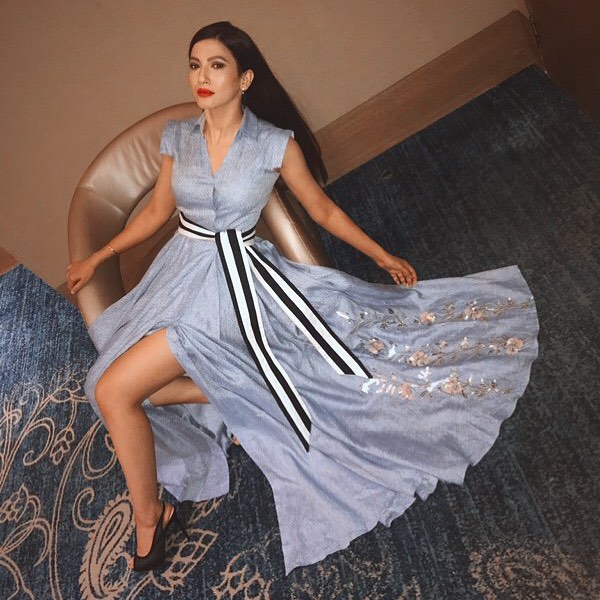 Model and actress Gauahar Khan, who won the season 7 of the reality show Bigg Boss, launched her own YouTube Channel on December 28, 2017. The new YouTube Channel will provide a personal sneak peak in to the life of the actress. The first video Things You’ve Never Heard about Me!, is up on the channel.

Gauahar in a statement said, “I’m really excited about launching my official YouTube channel that I’ve been contemplating to create since quite some time now. I’m grateful to the audience and my fans for showering their love and support. I will certainly strive to work hard and continue entertaining them like always”.

The actress has worked in many films and TV series. Gauahar also featured in the TV series The Khan Sisters with her real life sister Nigaar Khan in 2011. The show was inspired by the American series Keeping it Up with the Kardashians and featured the life and family of Kim Kardashian. The actress started acting in films since 2004. Gauahar starred in Begum Jaan and Badrinath Ki Dulhania and also worked in the latest film Tera Intezaar featuring Sunny Leone and Arbaaz Khan.

Reports say that the actress is looking forward to launch her own fashion line.