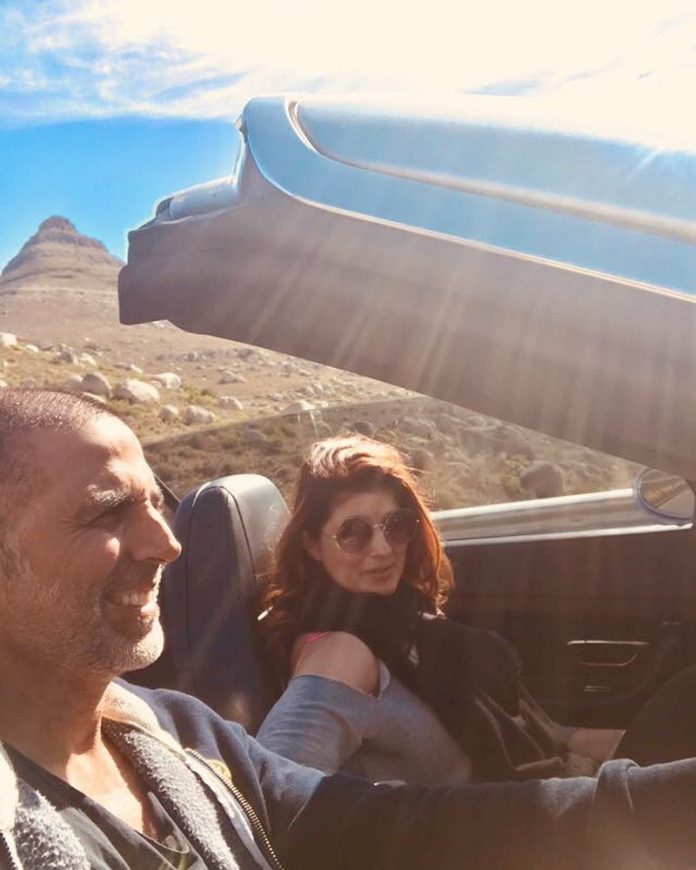 Akshay Kumar and Twinkle Khanna are known for their closeness with each other. On the occasion of Twinkle’s 43rd birthday said that she makes his life a joy ride. Akshay and Twinkle are currently on a family holiday and the two shared an adorable picture of the two travelling in a convertible.

The Khiladi star captioned the image, “Forever making every ride full of adventure and amusement, my favourite companion… for life! Happy birthday, Tina”. As Twinkle shares her birthday with father Rajesh Khanna, the actress shared a throwback picture of herself with her father on Twitter and wrote, “Happy Birthday Dad”.

The actress started her career with the film Barsaat, Mela and Jab Pyaar Kisise Hota Hai. After taking up a few more films, the actress took up interior designing and is today an successful columnist, author and entrepreneur and also a mother of two adorable children Aarav and Nitara.

Twinkle will soon debut as a producer with the film Padman, which is a biopic on Arunachalam Muruganantham, who made low-cost sanitary pads for women in the rural area. Akshay will be seen in the lead role and is ready to be released in theatres on January 26, 2018. The film is directed by R. Balki and also stars Sonam Kapoor and Radhika Apte.