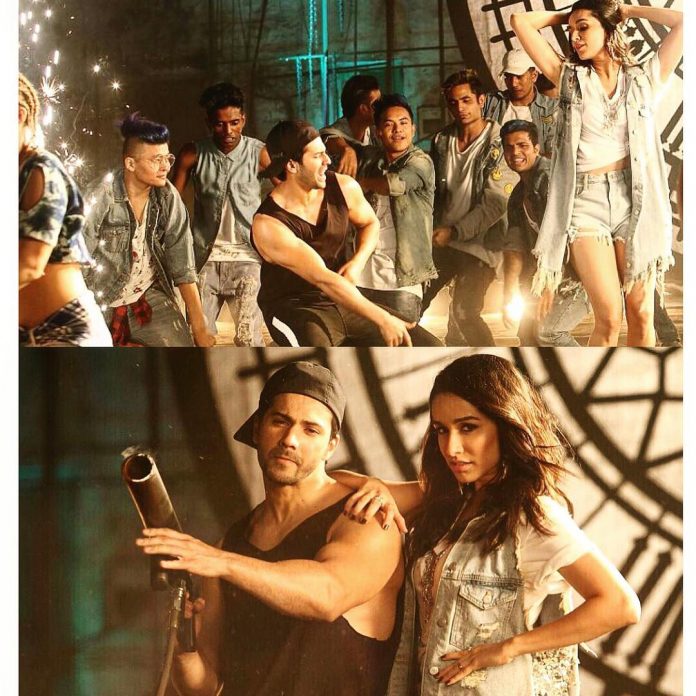 Varun Dhawan and Shraddha Kapoor won hearts of the audience by showing off their dancing skills in the film ABCD 2. The two have once again come together and shot for a special song for the upcoming film Nawabzaade. The upcoming film is directed by Jayesh Pradhan and presented by choreographer turned filmmaker Remo D’Souza and Bhushan Kumar.

The film also stars Dharmesh Yelande, Punit Pathak and Raghav Juyal. Varun and Shraddha will be seen shaking a leg to the track High Rated Gabru by Guru Randhawa. The song has been recreated by Remo at a studio in Mumbai.

Varun while talking about the special song said, “Having worked with Raghav, Punit and Dharmesh, I know them to be very talented boys. When I heard Remo sir and Bhushanji were doing a film with them I knew I had to be part of it in some way. So when this song came up, Shraddha and I decided to feature in this special video.” The actor also talked about working with Shraddha again and said that they are very comfortable with each other since they worked together in ABCD 2 and that High Rated Gabru is already a blockbuster.

Nawabzaade is co-produced by Remo despite being busy with other directorial projects.