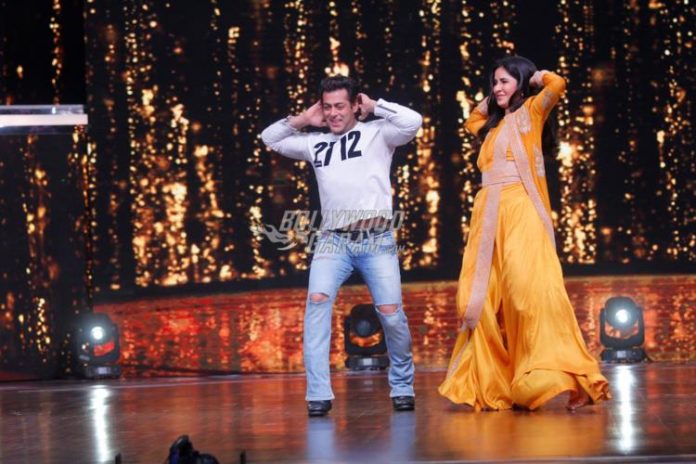 Salman Khan and Katrina Kaif are enjoying the success of their recently released film Tiger Zinda Hai, which has already made Rs. 200 crores at the box office. Katrina had earlier visited the house of Bigg Boss for promotions and is now once again ready to be a part of the reality show to celebrate the success of the film.

Salman and Katrina are expected to dance one of the songs from the film and will also interact with the inmates of the house fighting it out for the title. Katrina had earlier given some hilarious tasks to the contestants when the boys did belly dancing for her. The Jagga Jasoos actress will be joining the host Salman for the Weekend Ka Vaar Episode.

The film Tiger Zinda Hai is directed by Ali Abbas Zafar and hit the theatres on December 22, 2017. The Salman Khan and Katrina Kaif starrer flick is the sequel to the Kabir Khan movie Ek Tha Tiger, which also proved to be a success. Salman in a recent interview was all praises for his co-star Katrina and said, “I congratulate Katrina for her extraordinary performance and Ali for his vision and awesome direction to pull off Tiger Zinda Hai.”

The actor also thanked the audience and his fans for showering love on his film Tiger Zinda Hai.