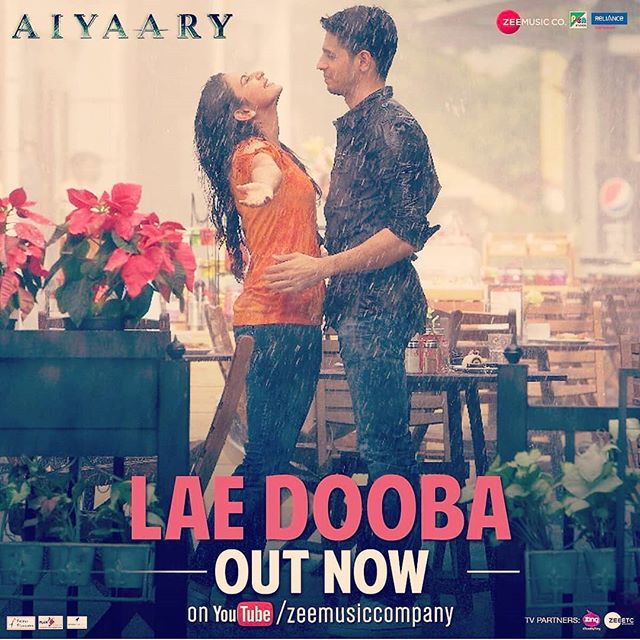 Makers of Aiyaary have released the song Lae Dooba featuring some romance between Sidharth Malhotra and Rakul Preet Singh. The song is perfect for people, who have just started to fall in love. The chemistry of Sidharth and Rakul is simply inevitable and is the perfect song for a very special moment.

The song is sung by Sunidhi Chauhan and the lyrics have been penned by Manoj Muntashir and composed by Rochak Kohli. Rakul in the song can be seen falling in love with Sidharth when they are interacting over some work.

The upcoming film is directed by Neeraj Pandey and is based on a real life incident about two strong minded army officers, who have completely different views. Sidharth recently talked about the film in an interview and said, “I am really excited to announce this new project with Neeraj. Neeraj’s films have always been inspired from true events and I have admired his films from the beginning as he is a content-driven director with an amazing story-telling ability.”

The film also stars Manoj Bajpayee, Pooja Chopra, Adil Hussain, Kumud Mishra, Naseeruddin Shah, Anupam Kher, Vikram Gokhale and Patrick Clarke and has been shot across Delhi, Kashmir and London. Aiyaary is ready to be released in theatres on January 26, 2018.