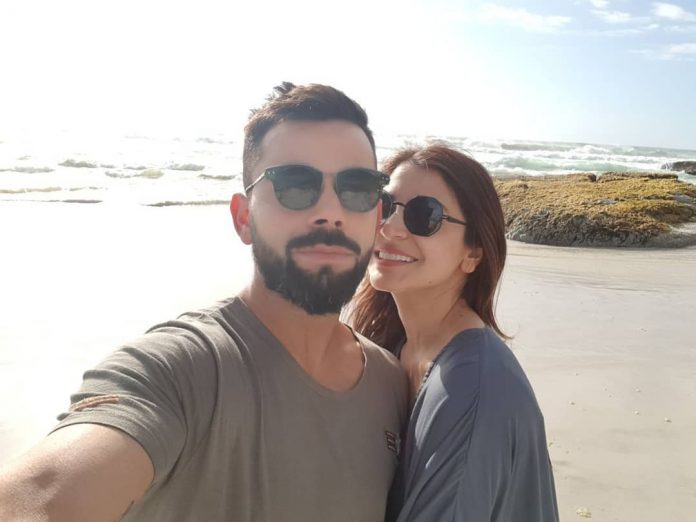 Anushka Sharma and Virat Kohli had a fairytale wedding in Tuscany, Italy on December 11, 2017. The newly-weds are now in Cape Town vacationing. While the two are enjoying some intimate time, Virat posted a picture with his beloved Anushka.

The Indian cricketer posted a picture and captioned, “Cape Town is such a beautiful place anyways, and even more beautiful with my one and only!” Several picture have been surfacing on the internet as the two spend time. Virat Kohli is in Cape Town for the upcoming series and Anushka ringed in the New Year with her beloved. The Indian cricketer is also practicing hard for the upcoming series and also makes sure to spend ample time with his lady love.

Anushka will soon be returning to Mumbai to begin the next schedule of Anand L. Rai’s Zero starring Shah Rukh Khan and Katrina Kaif. The film is directed by Anand L. Rai and written by Himanshu Sharma and is due to be released in theatres on December 21, 2018.

The makers recently released a title announcement video which showed Shah Rukh Khan as a dwarf and managed to win many hearts with his antics. Shah Rukh in an interview talked about the film and said that they have worked hard for the film and a lot of money has been spent on the effects.

Wishing you all a very happy, healthy and prosperous New year. Love and light to all. ??