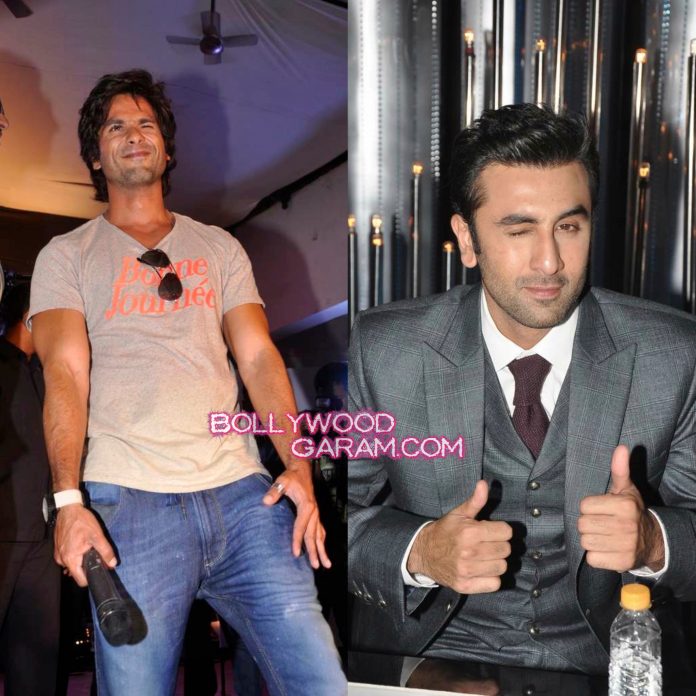 BollywoodGaram.com: The makers of the 1994 blockbuster movie ‘Andaz Apna Apna’ are trying their best to make the sequel of the movie equally interesting. However, there is a possibility that the original heroes – Salman Khan and Aamir Khan – will not be part of the new cast.

Filmmaker Rajkumar Santoshi is reportedly finding it difficult to get joint dates for the both superstars when it comes to the sequel. With this in mind, there is a chance that young actors like Ranbir Kapoor and Shahid Kapoor will be roped in to play the roles of Amar and Prem in the sequel. At present, Shahid is busy with promotions of the movie ‘Phata Poster Nikla Hero’, while Ranbir has worked with the director in the movie ‘Ajab Prem Ki Ghazab Kahani’.

So far, it has not been confirmed if Ranbir and Shahid will be playing the characters of Amar and Prem, or would they be playing completely new roles. When asked about it, Santoshi said that it was too early for him to talk about it, as he is in the process of compiling the script and has not made any decisions regarding the cast.

When it comes to the female lead roles, there is a possibility that Katrina Kaif and Ileana D’Souza might be brought in to replace of Raveena Tandon and Karisma Kapoor, who starred in the original movie.