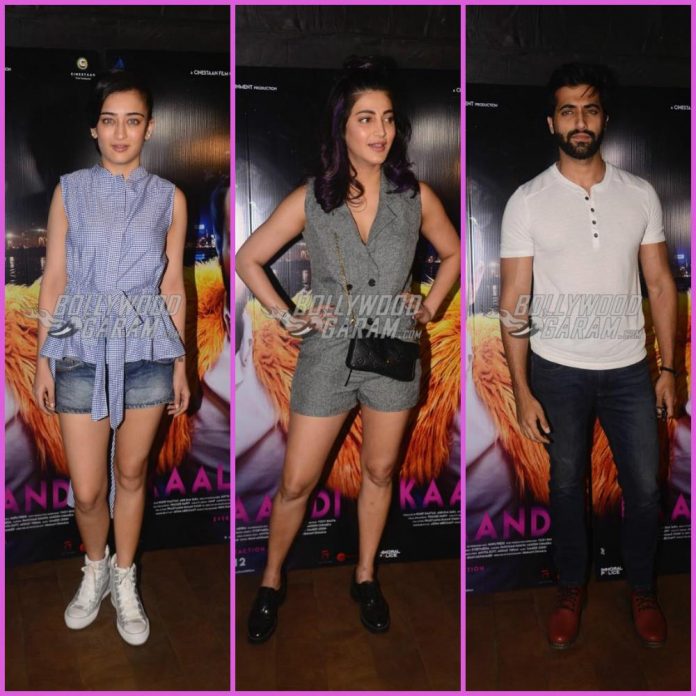 Shruti and Akshara were the ones who caught everyone’s attention. The sisters were all smiles and poses for the cameras. The Welcome Back actress looked great in grey shorts and a matching top with a black sling bag. Akshara who has also entered Bollywood looked pretty in a checked top and denims shorts.

Kaalakaandi is an upcoming film featuring Saif Ali Khan and Akshay Oberoi in lead roles. The film is directed by Akshat Verma and produced by Rohit Khattar and Ashi Dua Sara. Kaalakaandi is a film based on black money in India and is due to be released in theatres on January 12, 2018.