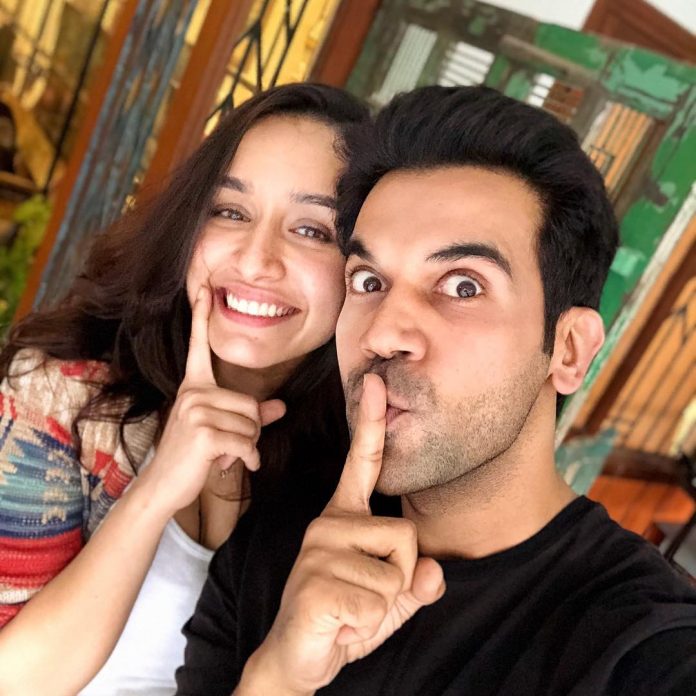 Bollywood lovers will soon be treated with a new on-screen pair of Shraddha Kapoor and Rajkummar Rao on a horror comedy. The lead actors have recently began preparing for the script reading session of the film written and directed Raj Nidimoru and Krishna DK. Rajkummar Rao shared an adorable picture with his future co-star on Instagram.

The picture is a cute selfie with Shraddha and Rajkummar looking excited and happy and has the caption, “Getting ready to roll our horror comedy with the most wonderful @shraddhakapoor #ReadingSessions. #Whatsthetitle @MaddockFilms.” Even Shraddha has shared the picture on her Instagram account.

After the success of Golmaal Again, the audience is surely going to be excited to see the promising actors in a horror comedy. Rajkummar in an earlier interview had talked about the film and said, “I have done a horror film earlier, but it is the first time I am doing a horror comedy. As far as preparation is concerned, there is still time because right now I am shooting for Fanne Khan and my whole energy is focussed towards Fanne Khan.”

The actor added that he is not supposed to talk much about it but assured that it will be one of a kind and that he and his co-star Shraddha has loved the script.