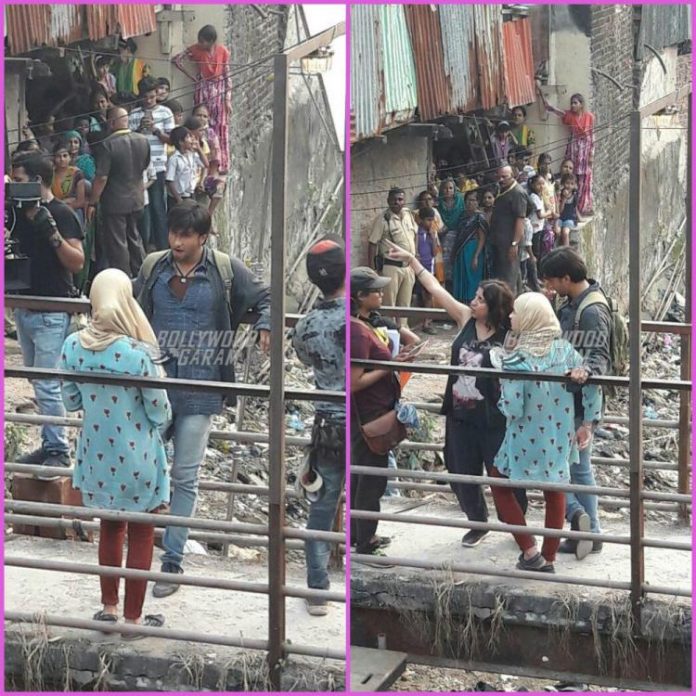 Ranveer was seen in a clean shaven look in a blue shirt, faded blue denims and messy hair and was seen having a backpack on his shoulder. On the other hand Alia was seen in a simple long blue top and a pair of leggings with a hijab. The two were seen involved in a conversation and looked like it was for a scene.

This will be the first time, the Alia and Ranveer will be seen sharing the screen space. There are reports that even Kalki Koechlin has been roped as a part of the cast and will soon begin shooting for the film. Ranveer recently talked about the film in an interview and said, “In January itself, I start Gully Boy for which I collaborate with Zoya, who is very dear and special in my life as a collaborator, person as well as a director.” Alia too spoke about the film and said, “It’s a new space for me and I’d wanted to work with Zoya Akhtar ever since I saw Luck By Chance.”

The makers of the film are yet to announce the official release date. Meanwhile, Ranveer Singh’s Padmaavat is ready to be released on January 25, 2018 while Alia Bhatt is also preparing for the film Brahmastra.