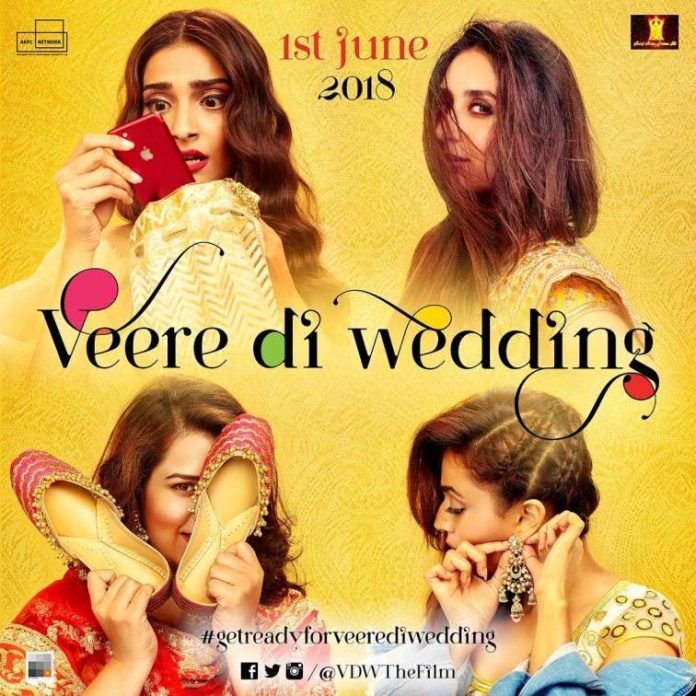 Rhea Kapoor and Ekta Kapoor are coming up with a fun film Veere Di Wedding. The makers have been releasing new and exciting posters in recent times which have already garnered a lot of attention. Another new poster is out now which increased the excitement further.

The new poster has shown different shades of the bridesmaid, who are attending a big fat Indian wedding. The makers were earlier preparing to release the film on May 18, 2018, but now Ekta Kapoor has confirmed that it will release on June 1, 2018. The producer had taken her Twitter account to announce, “1 June is one big day!!!! Veere di wedding arrives on my lakkshya’s bday!!!! Ab shaadi aur bday pe aap sab ko nimantran hai.”

Kareena Kapoor earlier revealed some details of the film and said that it will be her wedding in the film and will be different. The Jab We Met actress added that producer Rhea Kapoor will be styling her. Kareena added, “It will be stylish. And with Sonam – the fashionista in the movie, I surely cannot wear my jeans and t-shirt. Or you never know, I may convince her to come out of her ball gowns and wear jeans and t-shirt. You’ll should wait and watch (laughs).”