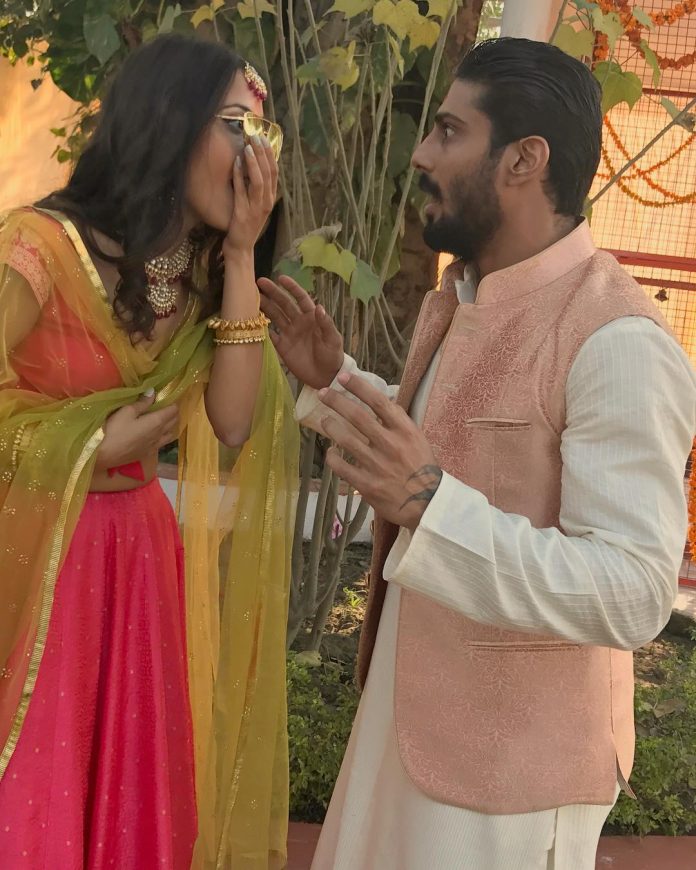 Actor Prateik Babbar, who recently announced he was in a relationship with writer and director Sanya Sagar, is now officially engaged. A formal engagement ceremony was held at Sanya’s farmhouse in Lucknow on January 22, 2018. Prateik and Sanya have been dating for about a year.

The news was confirmed by Prateik to a leading daily and said, “Sanya and I, along with our families, decided that something as pure as love should be solemnised on an auspicious day and what better day than Basant Panchami. She’s the best partner I could have asked for. It didn’t take me long to figure out that she was the one for me. I know it sounds clichéd but I can’t stop counting my blessings and thanking God for all the good that is happening in my life.” The wedding date is yet to be finalized.

The actor revealed that the ceremonies would be held in New Delhi, Lucknow and Mumbai. Prateik also said that he along with his partner Sanya want to enjoy the courtship period for a year or two and that his fiancé would shuttle between Lucknow and Mumbai and they have not yet thought about the wedding. The actor while talking his idea about having a wedding said that he would love to have a beach wedding or a simple temple wedding.

The Dum Maro Dum actor added, “I’ve been mentally ready for marriage for a while now as I believe it gives a relationship substance. Nothing will change, life will only get even more beautiful”. On the work front Prateik Babbar made his debut in Bollywood with the film Jaane Tu…Ya Jaane Na and was last seen in the film Umrika. The actor is currently preparing for the upcoming projects Mulq and Baaghi 2 which also stars Tiger Shroff and Disha Patani. Baaghi 2 is expected to be released on March 30, 2018.