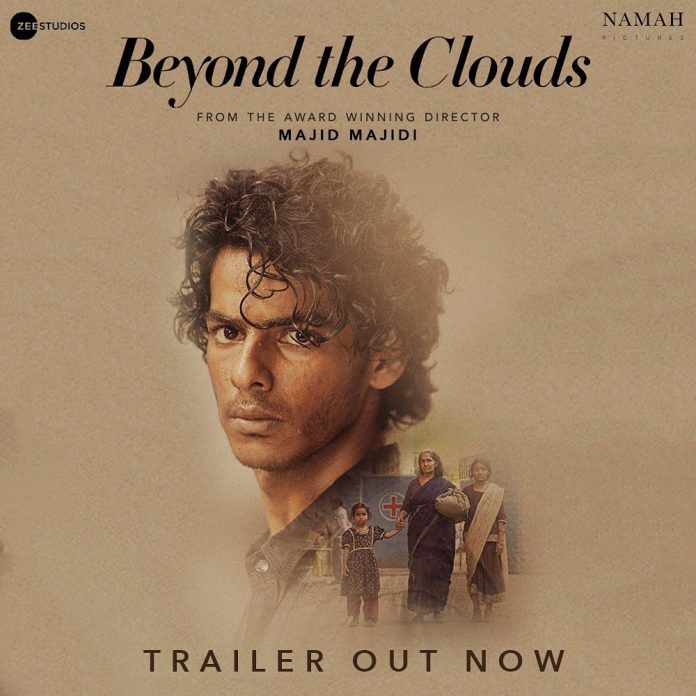 While Shahid Kapoor’s brother Ishaan Khatter prepares for his upcoming film Dhadak, the makers of Beyond The Clouds unveiled a new poster of the film. The new poster features Ishaan with an intense and rugged look and has also introduced the character Amir. The makers also unveiled the official trailer of the flick featuring Ishaan and Malavika Mohanan.

The film is directed by Majid Majidi and has been shot entirely in the slum areas to show real locations. Ishaan shared the poster and wrote, “#beyondtheclouds Trailer out at 1:30pm today”. The trailer has shown Ishaan play the role of a teenage boy who lives at Dhobi Ghat with his elder sister. Amir, is a ambitious boy, who goes the illegal way to become rich. But somehow Amir’s elder sister played by Malavika, is arrested by the police for Amir’s mistake.

Academy award winner A R Rahman has composed the music for the film and this is the first time Iranian filmmaker Majid has made a movie based in India. Ishaan has earlier won the Best Actor Award at the International Bosphorus Film Festival held in Turkey. Beyond The Clouds will be released across the globe in three languages, Hindi, English and Tamil on March 23, 2018. Ishaan is also filming for his upcoming film Dhadak.