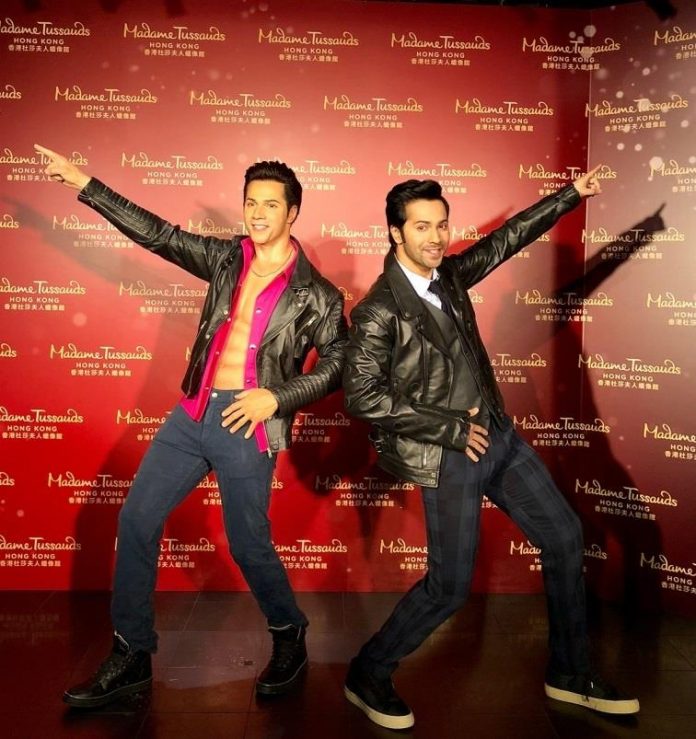 An excited Varun Dhawan took his Instagram account and showed off his wax statue that was unveiled at the Madame Tussauds Museum in Hong Kong on January 30, 2018. Varun, who made his debut with the film Student of The Year in 2012, has become the youngest Bollywood celebrity to have a statue at Madame Tussauds at the age of 30.

The Badrinath Ki Dulhania star was present with his parents David Dhawan and Karuna Dhawan at the unveiling event of the statue in Hong Kong. Varun posted a few pictures from the event on the social media and said, “All the magic all the love all the way from Hong Kong.”

The pose of Varun’s statue comes from his film ABCD 2 and event the jacket worn by the statue is the one that he had wore in the film. The actor Tweeted, “The jacket is the same jacket I have worn in ABCD 2. It’s the original jacket Remo D’Souza and now this piece of my movie is here forever”.

Varun made his debut in Bollywood with Karan Johar’s Student Of The Year in 2012 and since then he hasn’t looked back and started giving back to back hits that also did well at the box office. The actor also worked in the films like Humpty Sharma Ki Dulhania, Badlapur, Main Tera Hero and Dilwale. Varun’s films not just proved to be successful at the box office but were also critically acclaimed. The actor has also worked under the direction of his elder brother Rohit Dhawan for the film Dishoom. Varun was last seen in the film Judwaa 2 which was the remake of the Salman Khan film Judwaa. The actor romanced Taapsee Pannu and Jacqueline Fernandez in the remake. Varun Dhawan is looking forward for the release of the film October by Shoojit Sircar and is also filming for the upcoming project Sui Dhaaga – Made In India which also stars Anushka Sharma.