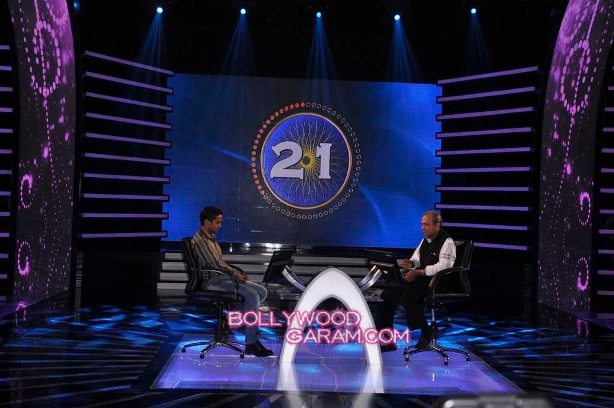 BollywoodGaram.com: Indian TV producer Siddhartha Basu recently toured the latest season of the popular game show ‘Kaun Banega Crorepati’ at the huge Yash Raj Studios on September 3, 2013. The new season means that things are going to be bigger and the producer himself came to the studio to show how everything will look like on television.

A brand new set has been built for the game show, which is bigger and more exciting compared to the earlier seasons. Basu was seen taking the role of a host and explained the game, as well as how the show is expected to work with the new format.

The season seven of the game has a mega bumper prize of Rs. 7 crore and the game will be more interesting with a new lifeline, which will be introduced soon. Bollywood actor Amitabh Bachchan will continue as he host of Kaun Banega Crorepati season 7 (KBC 7).