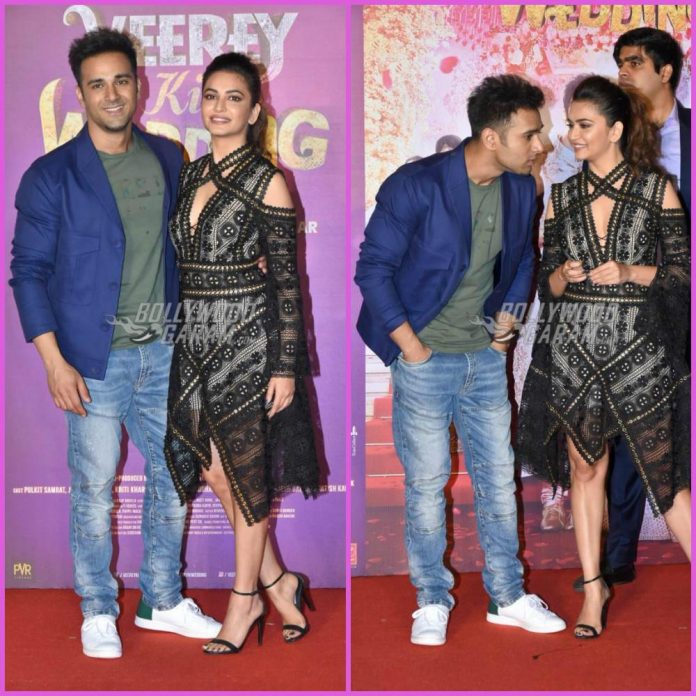 The film is directed by Ashu Trikha and is a story about Veer, who is the most eligible bachelor and is in love with Geet played by Kriti. The two wish to get married but their families are not ready to get along with each other. Jimmy Shergil, plays the role of Veer’s elder brother, and does not encourage his younger brother to go behind the girl.

Pulkit while talking about the difference between the two films with similar names said, “Five movies have released on Bhagat Singh. Same title, same story. For us at least the story is different. The makers had the title already. And what I feel is that both are different films. So once we are done with Veerey Ki Wedding, we’ll definitely look forward to Veere Di Wedding.”

The film also stars Satish Kaushik, Supriya Karnik and Yuvika Chaudhary and is ready to be released in theatres on June 1, 2018, which was the original release date of Veere Di Wedding.