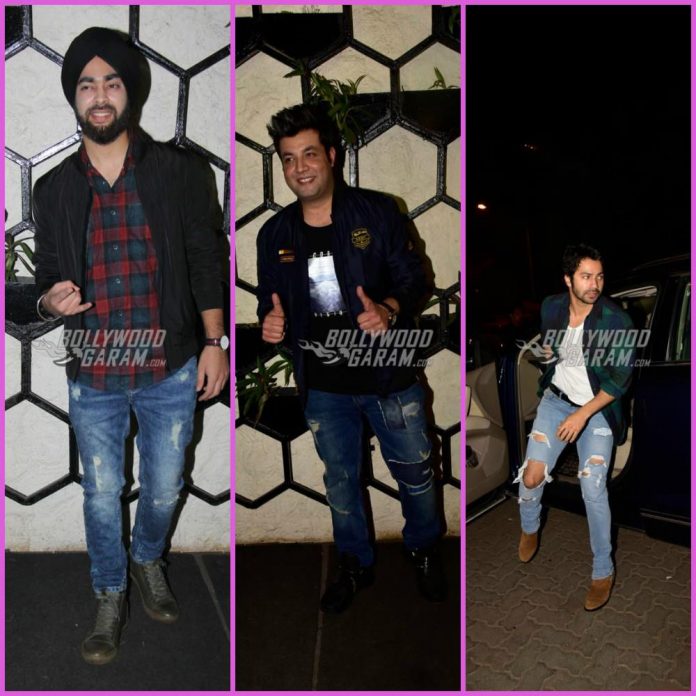 Varun Sharma , who is best known for his role of Choocha in the Fukrey franchise, celebrated his 27th birthday with close friends and colleagues from the industry in Mumbai on February 4, 2018. Varun hosted a birthday bash which saw the presence of Varun Dhawan, Govinda, Kriti Sanon, Richa Chadda, Ali Fazal and others.

Veteran actor Govinda was accompanied by daughter Tina Ahuja and was seen in a formal suit. Varun, who has worked with Varun Sharma in the film Dilwale, was seen in casuals with a t-shirt, blue ripped denims and green checked shirt. Varun was all smiles for the cameras as he posed.