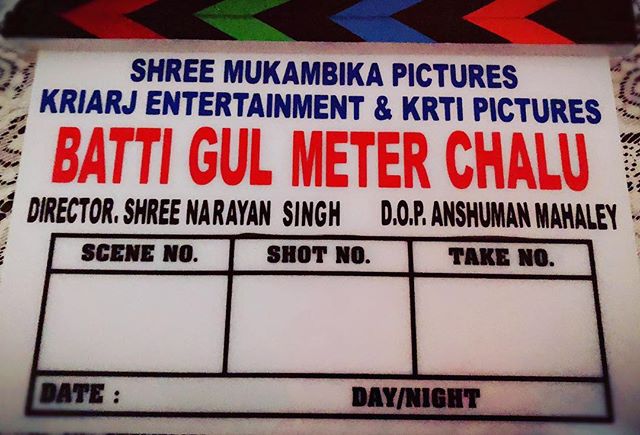 After the successful release of the film Padmaavat, Shahid Kapoor has happily started shooting for the upcoming film Batti Gul Meter Chalu. The film has gone on floors in Uttarakhand on February 9, 2018. Shahid is currently at Uttarakhand and the film also stars Shraddha Kapoor and Yami Gautam.

This will be the first time Shahid will be seen playing the role of a lawyer in his career. A picture of the clapboard was posted on Instagram and had the caption, “To new beginnings #superexcited #myfavperson #doingwhathedoesbest”

The film is based on the common issue of escalating electricity bills in India and is directed by Shree Narayan Singh, who has also directed the film Toilet: Ek Prem Katha starring Akshay Kumar. The film is due to be released in theatres on August 31, 2018. The director in an earlier interview spoke about the lead actor Shahid to a leading daily and said, “Shahid is fantastic. He liked the idea and when he met me and he agreed for the movie within five minutes. Our equation is really good. Shahid is playing a lawyer in the film.”

The film is expected to be wrapped in April and will be shot across Rishikesh, Haridwar, Tehri , Mussourie and Nainital.