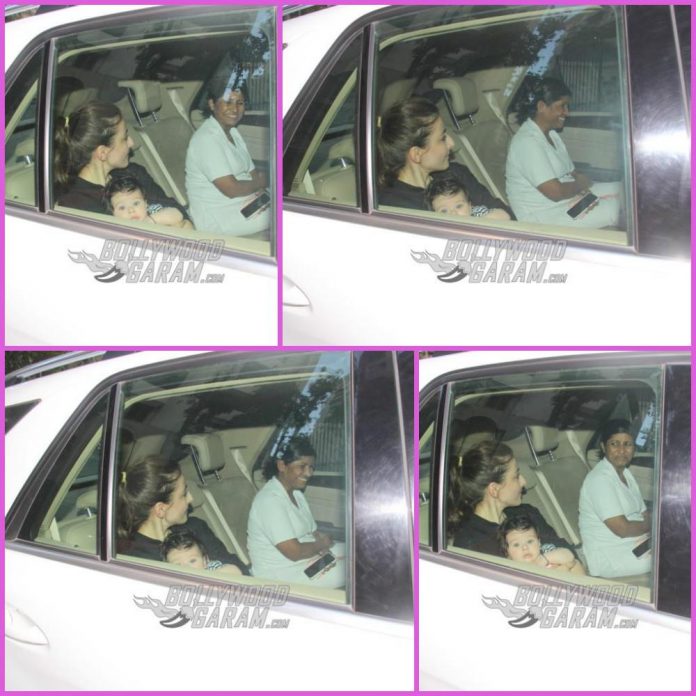 Soha Ali Khan and Kunal Kemmu’s daughter Inaaya Naumi Kemmu is one of the popular star kids in Bollywood. The parents have been candid about sharing pictures of their little bundle of joy since the birth of Inaaya. Soha was snapped with her daughter as they took off for a drive in Mumbai on February 12, 2018.

Inaaya, who is more than four months old was seen comfortably seated on her mother’s lap as she peeped outside the car’s window and was clicked by the paparazzi. Soha is currently in a stand-by mode in terms of films but recently launched her book The Perils of Being Moderately Famous and made her debut as an author.

The Ghayal Once Again actress in a recent interview talked about her life after becoming a mother and said, “It’s no longer about my life, and that’s the most definitive change! Up until now, I have been independent, and liked very much to be in control of my schedule when it came to going to the gym, and getting minimum 10 hours of sleep every night. I used to look after myself. But now, everything is about her.”

Soha and Kunal became parents to Inaaya on September 29, 2017.