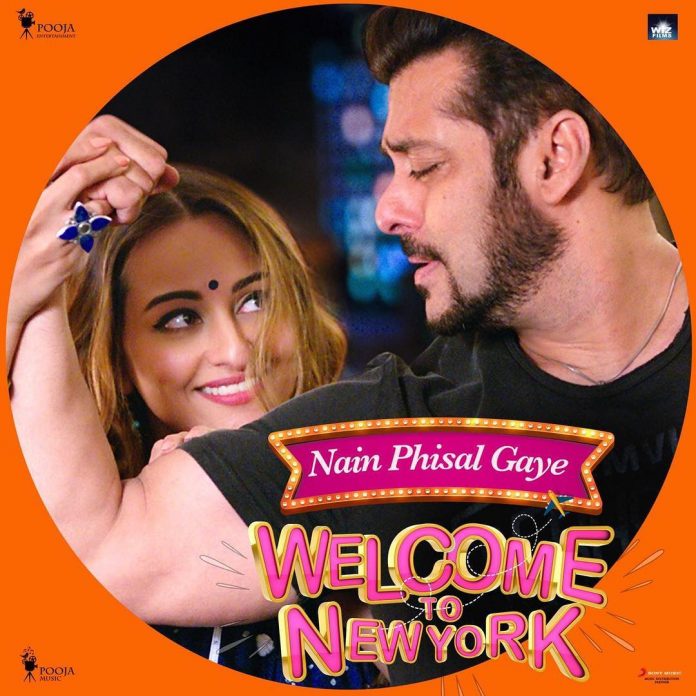 Welcome To New York is an upcoming multi-starrer comedy flick which is ready to be released in theatres on February 23, 2018. The makers have now released a song from the film which has shown Sonakshi Sinha as Jinal Patel the fashion designer and a special appearance by Salman Khan in a dreamy sequence.

The song Nain Phisal Gaye will remind the audience of the chemistry between Sonakshi and Salman that they shared in the film Dabangg. The video begins with Sonakshi, who finds it difficult to concentrate on work and then Diljit Dosanjh suggest her to image that she is working with Salman Khan while talking measurements.

This is when the dreamy sequence begins with Sonakshi blushing away in front of Salman, who is seen giving signature poses from his films. Salman and Sonakshi’s expressions are hilarious and are worth a catch. The song is sung by Payal Dev, music has been composed by Sajid-Wajid while the lyrics have been penned down by Kausar Munir.

Welcome To New York also stars Karan Johar, Riteish Deshmukh, Boman Irani, Lara Dutta, Rana Daggubati and others. The flick is helmed by Chakri Toleti and produced by Vashu Bhagnani and Jackky Bhagnani and is ready to be released in theatres on February 23, 2018.