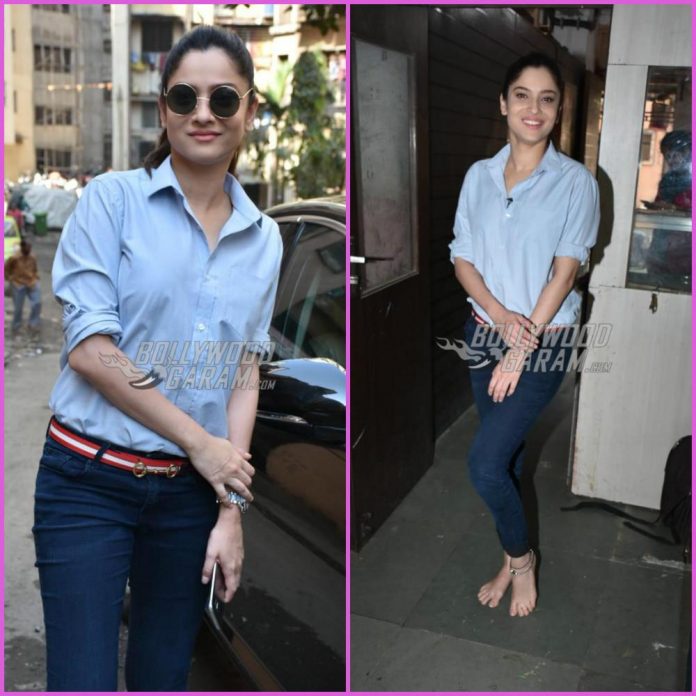 Ankita Lokhande, who is ready to make her Bollywood debut with the film Manikarnika – The Queen of Jhansi, shot to fame with her role as Archana in the TV series Pavitra Rishta. The actress was snapped on a casual outing in Mumbai on February 13, 2018.

This might just be a casual outing for Ankita, but she managed to make heads turn with her sense of style and grace. The upcoming Bollywood actress looked great in a sky blue shirt and a pair of dark blue denims with a pair of trendy glares.

Ankita will be seen playing the role of Jhalkari Bai, who used to be the shield for Rani Laxmi Bai. The actress in a recent interview talked about her role in Manikarnika and said, “I’d never heard of her before, not many have, but Jhalkaribai was one of the greatest heroes of our proud history. I’m honoured that I’ll be telling her story to the world, fighting alongside Kangana’s Rani Laxmibai.”

Ankita also talked about Kangana Ranaut, who will be playing the lead Rani Laxmi Bai, and said, “She’s a professional on the sets. And you can only see Rani Laxmibai on the sets.” On the personal front, the actress was earlier in a relationship with actor Sushant Singh Rajput, who was a co-star in Pavitra Rishta.