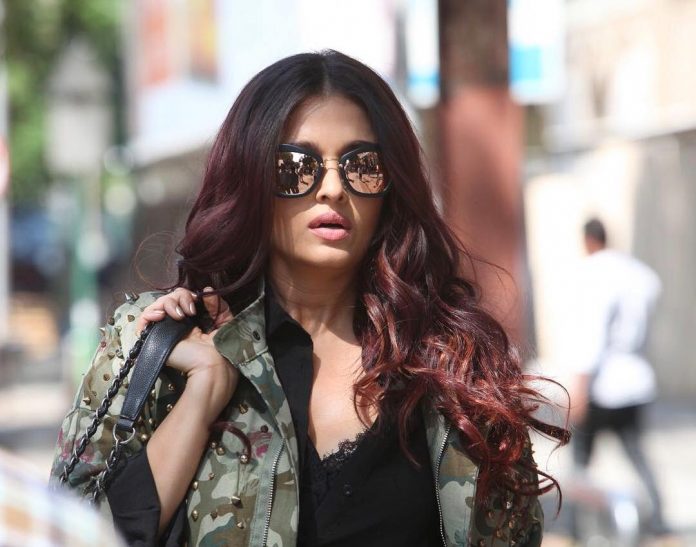 Makers of the upcoming film Fanne Khan unveiled lead actress Aishwarya Rai Bachchan’s first look from the film on February 13, 2018. Aishwarya Rai will be seen as Fanne Khan and will be paired opposite Anil Kapoor. The first look has shown Aishwarya Rai in a trendy black top, a camouflage jacket, reflective sun glasses and burgundy hair color.

Fanne Khan is a remake of the Dutch movie with the title Everybody’s Famous which was nominated in the Best Foreign Language Film category in 2001. Reports say that Aishwarya will be seen playing the role of a singer. Since the actress did not want to compromise on her looks, the makers roped in designer Manish Malhotra to style Fanne Khan.

The film will mark the debut of adman Atul Manjrekar, who has been an associate to Rakeysh Omprakash Mehra. Fanne Khan also stars Rajkummar Rao, Divya Dutta, Karan Singh Chhabra and others. The film is a music comedy flick which will also touch the subject of body shaming. The Anil Kapoor and Aishwarya Rai starrer flick will also mark the debut of Pihu Sand , who will be seen playing the role of a 17 year old teenager , who dreams of becoming of pop star.