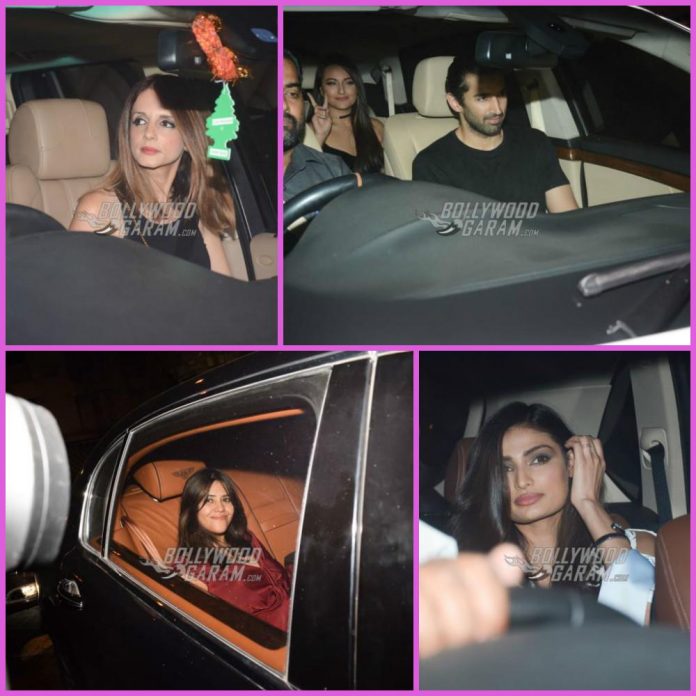 Karan Johar, who is now a single father to twins Roohi and Yash, hosted a singles party on Valentine’s Day at his residence in Mumbai on February 1, 2018. The attendees of the party saw a host of singles from Bollywood turning up for the Valentine’s bash.

Susanne Khan looked pretty in a black outfit while Bhumi was all poses in a short black dress. Sonakshi and Aditya arrives in the same car and were all smiles for the cameras as they arrived at Karan’s residence. A few celebrities from the party shared pictures with Karan from the bash on the social media.