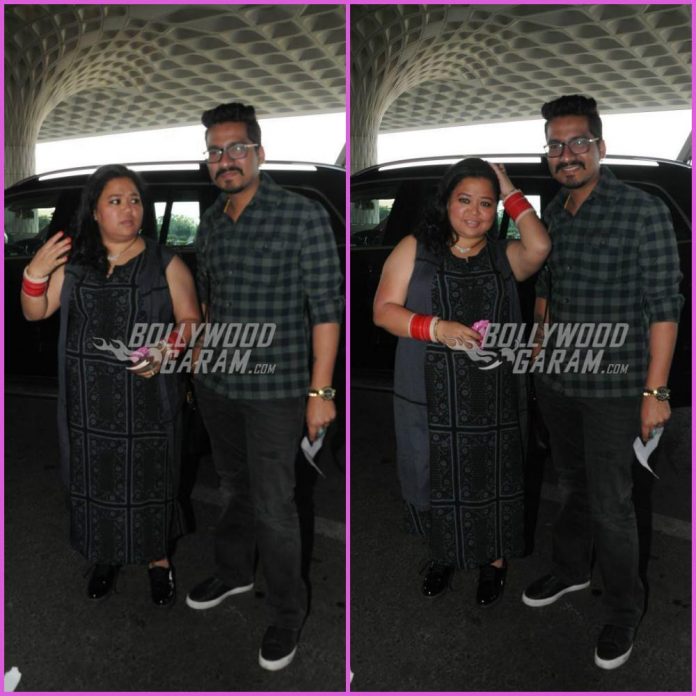 Comedian and actress Bharti Singh and husband Haarsh Limbachiyaa are tagged as one of the cutes couples of the industry. The newly married couple was snapped at the Mumbai airport on February 15, 2018. Bharti and Haarsh got married in a lavish wedding ceremony in Goa in December 2017.

After fulfilling work commitments the couple flew to Europe for a honeymoon. The actors were all smiles at the airport as they were snapped by the paparazzi and looked cute together as they twinned in black outfits. Bharti was still seen wearing the traditional red chuda in her hands.

The actress had taken a two month long break for her wedding and even featured in a wedding series that narrated their story from how to met, to how the wedding concluded. The wedding ceremony was attended by close friends and family members of Bharti and Haarsh.

The comedian had wrapped all her work commitments two months before her wedding day.