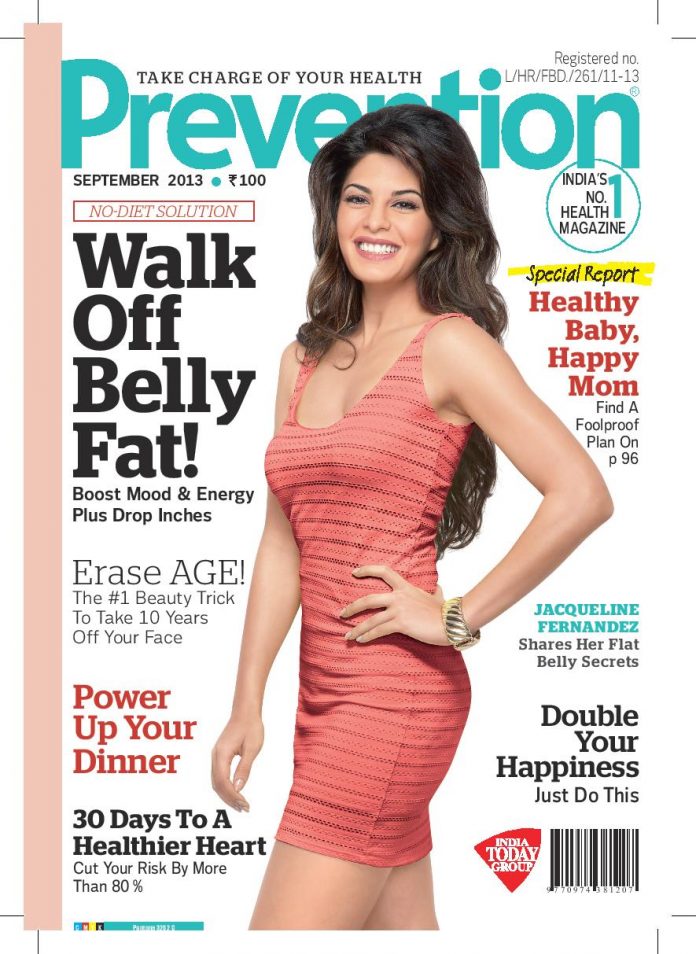 BollywoodGaram.com: Bollywood actress Jacqueline Fernandez is appearing on the cover of the September 2013 issue of Prevention Magazine. The ‘Race 2’ actress looks fit and fabulous in the pictures.

The magazine’s latest issue talks about weight reduction and Jacqueline is the perfect model for a fit and healthy look in Bollywood. Jacqueline is a Sri Lankan actress and a f0rmer model, who made her debut in Bollywood with the movie ‘Aladin’, by Sujoy Ghosh.

The actress received the Best Female Debut award from the International Indian Film Academy Awards in 2010. She shot to fame with the movie ‘Murder’, which grabbed attention due to her sex appeal and eventually appeared in some other successful movies including ‘Race 2’ and ‘Housefull’.