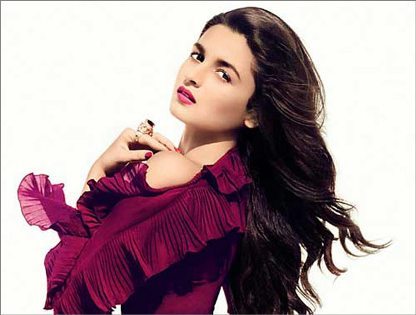 BollywoodGaram.com: Bollywood teen star Alia Bhatt – who made her debut with the Karan Johar movie ‘Student of the Year’ – is appearing on the cover of the Women’s Health Magazine for September 2013 issue. While talking to the magazine, the young actress revealed why she was born to be in the limelight and also shared the secret of her great look.

On the cover, Bhatt is seen in a short green dress with long hair and looking stunning as usual.

The actress has become the latest sensation in Bollywood, after her debut on ‘Student of the Year’. Alia is now all set to appear opposite Randeep Hooda in her upcoming movie ‘Highway’, directed by Imtiaz Ali.