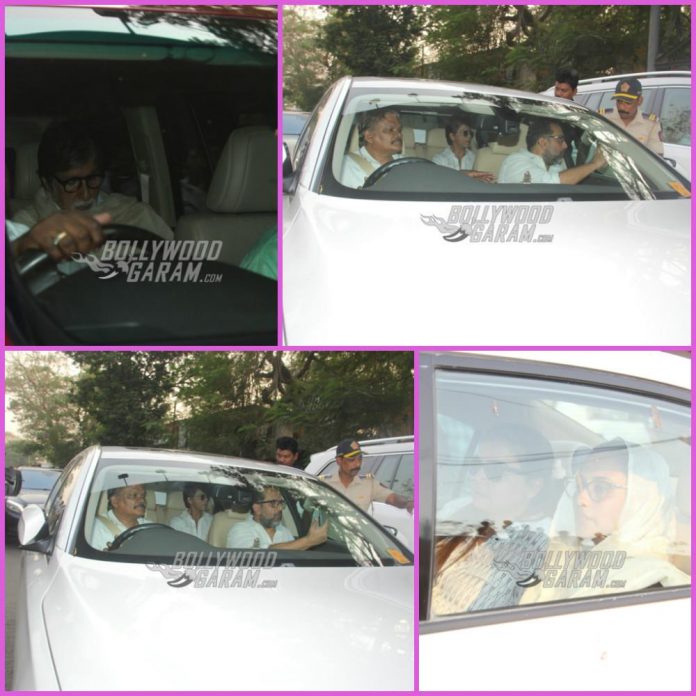 While the last rites of the veteran actress Sridevi were held at the crematorium in Mumbai, celebrities from Bollywood graced the funeral ceremony on February 28, 2018. Amitabh Bachchan, Rani Mukerji and Shah Rukh Khan were snapped at the cremation ground at Vile Parle Seva Samaj Crematorium and Hindu Cemetry.

While the entire Kapoor family was in grief, the entire industry was seen in support after the untimely demise of the veteran actress in Dubai. Sridevi died of accidental drowning at the hotel room in Dubai on February 24, 2018. After a few formalities from the Dubai police, the body of the actress was released for embalming process and was brought back to Mumbai on a private jet owned by industrialist Anil Ambani.

The final journey of Sridevi saw saw Arjun Kapoor, Boney Kapoor, Anil Kapoor, Khushi Kapoor and Janhvi Kapoor. Before the funeral ceremony a condolence meeting was hosted by the Kapoor family at the Celebrations Sports club in Mumbai. A grand funeral procession was organized from Celebration Sports Club to the crematorium in Mumbai on February 28, 2018.