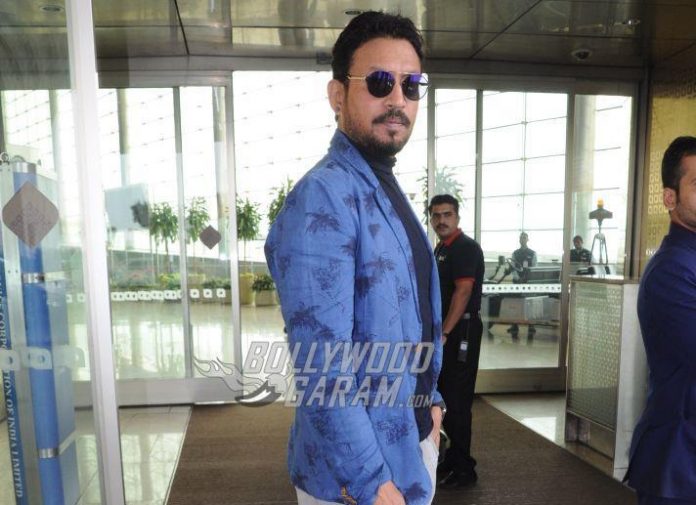 Irrfan Khan, who is known for being a part of some of the most interesting movies in Bollywood, has been away from work for a while after reportedly being down due to jaundice. However, the actor took his Twitter account and said that he has a rare disease and will soon get to know about the actual diagnosis.

Khan said that he has contracted a rare disease and is currently undergoing tests to get to know the actual diagnosis. Some of the earlier reports said that he is suffering from jaundice but now it seems like the condition of the actor is much more serious. Irrfan wrote, “Sometimes you wake up with a jolt with life shaking you up. The last fifteen days, my life has been a suspense story. Little had I known that my search for rare stories would make me find a rare disease. I have never given up and have always fought for my choices and always will. My family and friends are with me and we are working it out the best way possible. In trying times, please don’t speculate as I will myself share with you my story within a week – ten days, when the further investigations come with a conclusive diagnosis. Till then, wish the best for me.”

Irrfan and Deepika have been roped in for an upcoming Vishal Bharadwaj’s film which will be based on the kingpin Sapna Didi. The shoot of the flick was delayed as both the lead stars were not doing well. Irrfan was said to have jaundice while Deepika suffered from back pain.

The filmmaker in an earlier interview said that he wants both his actors to be fit before they begin shooting for the flick. Irrfan Khan was last seen in the film Qarib Qarib Single and has signed a number of other films.