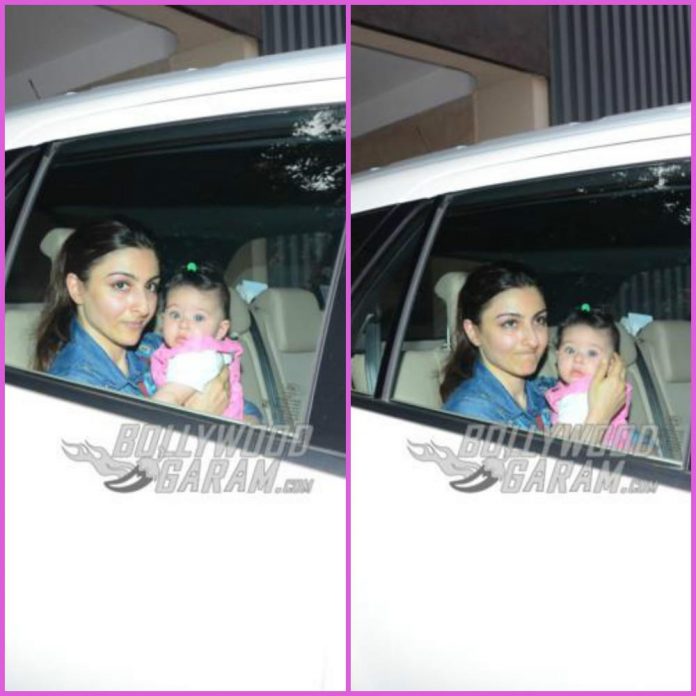 Soha Ali Khan and Kunal Kemmu’s daughter Inaaya Naumi Kemmu is equally popular like her cousin Taimur Ali Khan. The actress turned author was snapped with daughter Inaaya as the two were out on a casual outing.

The little one looked adorable in a pink and white outfit and watched the paparazzi clicking her pictures with a stunned expression. Inaaya was born to Kunal and Soha on September 29, 2017. Soha recently talked about the constant media attention and said, “As actors and public figures, this is an integral part of our lives. When I first joined the industry, there were no paps. They didn’t even like being called that. There were no photographers at the airport, outside the gyms or restaurants, but now, you see them everywhere. While we have chosen this life, it’s not Inaaya’s choice, so it might be irksome for her.”