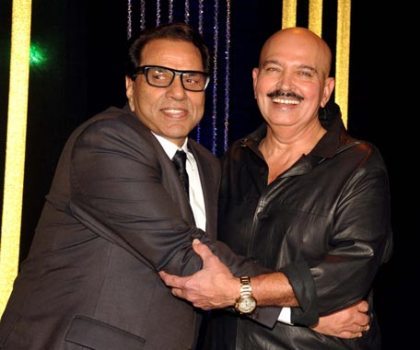 Bollywood filmmaker Rakesh Roshan celebrated his 64th birthday on September 6, 2013, at a bash which was attended by several B’town celebrities. Some of the celebrities who attended the event included Rekha, Amitabh Bachchan, Rishi Kapoor, Dharmendra and Sridevi.

The guests at the event also included Juhi Chawla, Anil Kapoor, Jeetendra, Prem Chopra, Poonam Sinha, Anil Kapoor and many others. Reports said that the party was a surprise planned by Roshan’s family members and that the producer did not have any idea about it, as he was busy with the post production work. Rakesh said that such parties are nice, as they get to meet all old friends and associates.