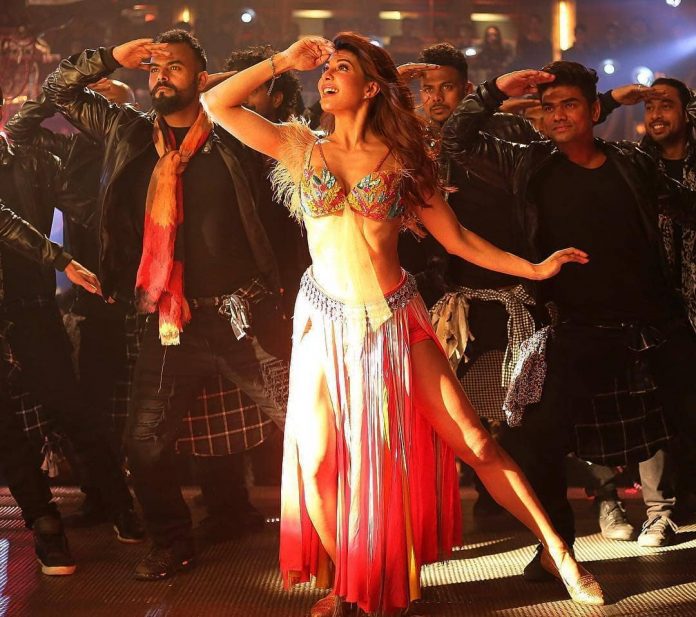 The recreated version of the iconic song Ek Do Teen from the film Baaghi 2 is finally out. After a teaser, the makers have unveiled the full video that features Jacqueline Fernandez. The song is a tribute to Madhuri Dixit’s song from the 90s hit which has the same name.

Going by the look, Jacqueline has donned a similar outfit that was worn by Madhuri in the original song. The original song was choreographed by Saroj Khan while the recreated version was done by Ganesh Acharya, who retained some of the signature moves from older version. Not many knew that Ganesh was one of the background dancers in the Tezaab song while Baaghi 2 director Ahmed Khan was the assistant of Saroj Khan for the film.

Sandeep Shirodkar has recreated the song while Parry G has given his rap version. The song was originally sung by Alka Yagnik while the remake has been sung by Shreya Ghoshal. The recreated version is equally foot-tapping while the hook step of Madhuri has been retained. Jacqueline looks promising and has showed off her cool dance moves. The original song featuring Madhuri was seven minutes long but the recreated version is hardly two minutes long.

Jacqueline earlier talked about the song and said, “I think that was my first stress that how can we recreate something so iconic like ‘is it even possible’. It made a lot easier for me when I understood that it’s not possible, we are not trying to match up to what Madhuri Dixit and Saroj (Khan) ji did.” Baaghi 2 stars Tiger Shroff and Disha Patani and is directed by Ahmed Khan and is the sequel to the 2016 film Baaghi which had Shraddha Kapoor opposite Tiger. Baaghi 2 will also mark the third outing of Tiger with producer Sajid Nadiadwala. The film will be released in theatres on March 30, 2018.