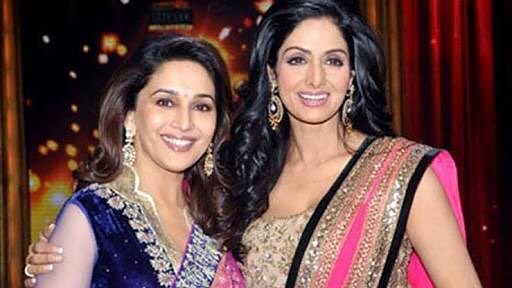 Bollywood filmmaker and producer Karan Johar had planned to make the film Shiddat with actress Sridevi, but her untimely demise shattered Karan’s plans. However, Sridevi’s daughter Janhvi Kapoor has now confirmed that actress Madhuri Dixit will be stepping in to play the character that Sridevi was expected to play.

After Sridevi’s accidental death in Dubai, Karan had planned to shelve the flick but soon there were reports that Madhuri would be stepping in. Janhvi confirmed the news through her Instagram account and wrote, “Dad, Khushi and I are thankful to Madhuriji for now being a part of this beautiful film.”

Shiddat also stars Alia Bhatt, Varun Dhawan, Sanjay Dutt as the lead characters. The film would have also marked Sridevi’s first film with Dharma Productions after Gumrah which also had Sanjay Dutt. Alia and Varun will be once again seen together after Badrinath Ki Dulhania.

Shiddat is jointly produced by Dharma Productions, Fox Star Studios and Sajid Nadiadwala and is expected to go on floors early next year. The film will be directed by Abhishek Verman. On the other hand Janhvi, who is currently shooting for her upcoming debut Dhadak, will be shooting for her first photo shoot with Vogue on March 20, 2018. Her film Dhadak will be releasing in theatres on July 20, 2018.