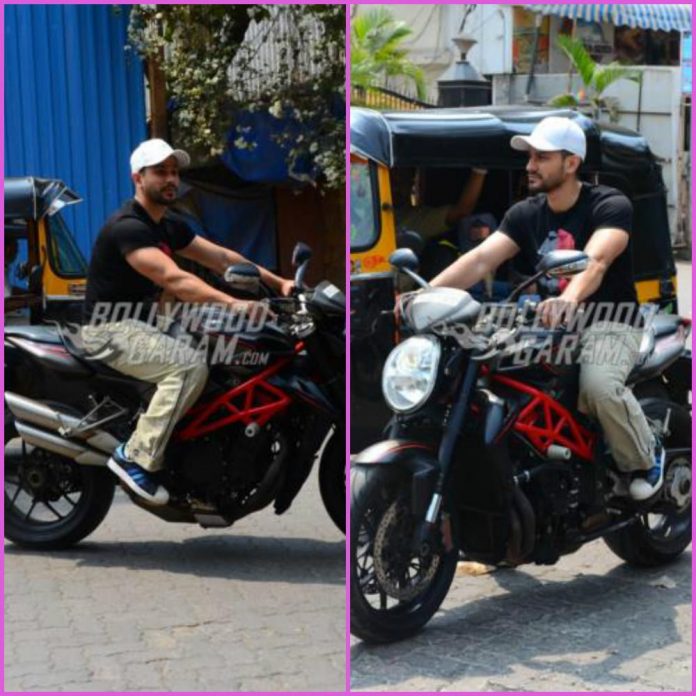 Kunal Kemmu has always showed his love for riding bikes and is often snapped riding on the streets of Mumbai. The actor was once again snapped on his sports bike in Mumbai on March 18, 2018.

Kunal, who is a father of an adorable daughter, looked dapper in a casual blue t-shirt and a pair of denims with a white cap and sneakers. The actor is currently basking success of his recently released film Golmaal Again, which also starred Ajay Devgn, Tabu, Parineeti Chopra, Shreyas Talpade, Tusshar Kapoor and Arshad Warsi.

Kunal started off in Bollywood as a child actor in the films like Sir, Hum Hain Rahi Pyar Ke, Raja Hindustani and Bhai. The actor made his debut as an adult actor with the film Kalyug.