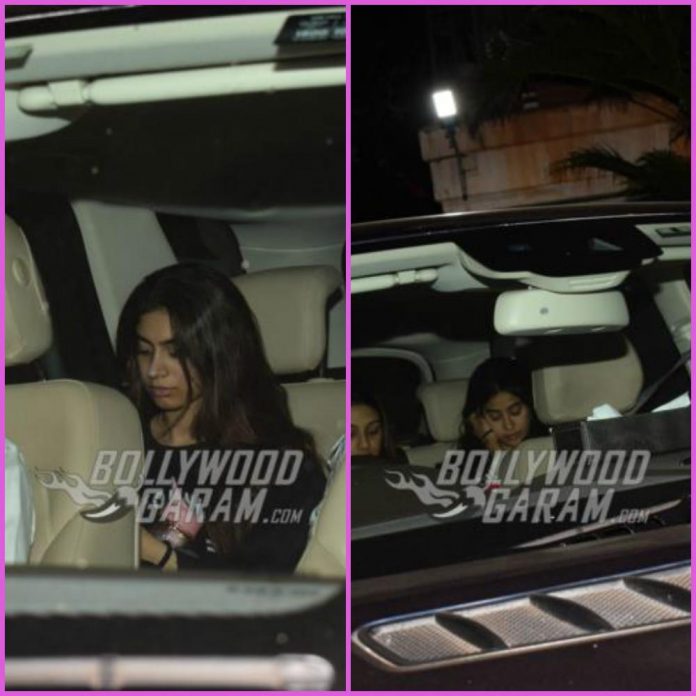 The sisters were seen hooked in to their cell phones as they avoided to look at the paparazzi standing outside the house. Arjun had come to father Boney Kapoor’s aid in Dubai when Sridevi’s mortal remains were waiting for a clearance from the Dubai police. The Ishaqzaade actor along with his sister Anshula have been a strong support for Janhvi and Khushi since the demise of Sridevi.

The half siblings have been meeting more often than before. The family also celebrated Janhvi Kapoor’s birthday on march 7, 2018. Sridevi died of accidental drowning at a hotel bathtub in Dubai on February 24, 2018. Janhvi will sooon be making her debut in Bollywood with the film Dhadak which also stars Ishaan Khatter