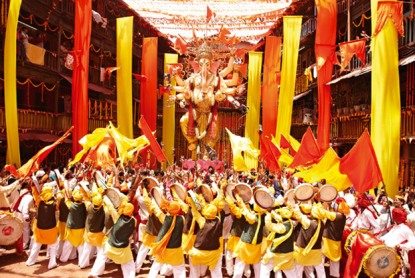 On the occasion of Ganesh Festival, the makers of the upcoming movie ‘Boss’ have recorded a new song. The track was recorded recently and is a special Ganpati version of the song, with new lyrics that pay respect to Lord Ganesh. The lyrics have been written by Kumaar and the song will not be part of the movie.

Just ten days ago, the title track of the movie was launched and the upcoming flick ‘Boss’ has Akshay Kumar as the lead actor. The track instantly became popular, due to which the makers of the movie made a special remix track that pays special respect to Lord Ganesh.

The new song will be distributed for free across all pandals in Mumbai on September 9, 2013.