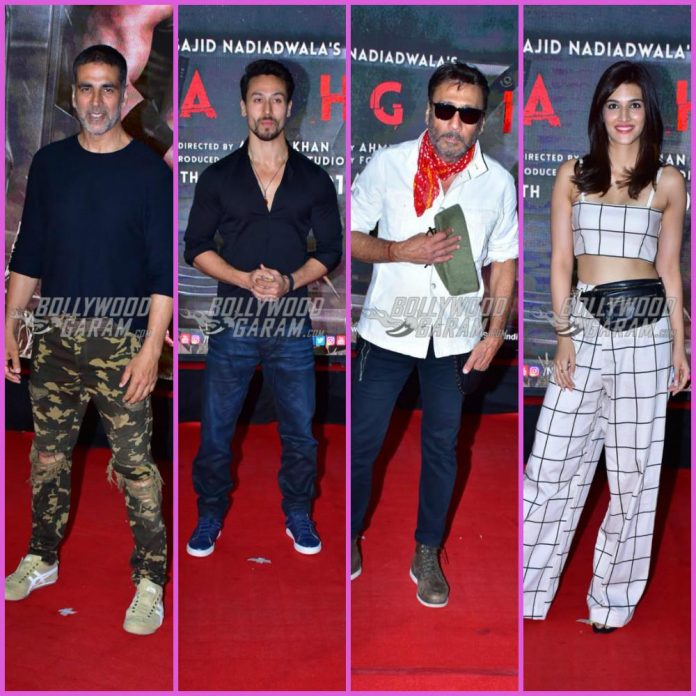 Celebrities from Bollywood attended the premiere event of the film Baaghi 2 in Mumbai on March 29, 2018. The film released in theatres on March 30, 2018.

The film Baaghi 2 marks the sequel of the film Baaghi which was released in 2016 and had Shraddha Kapoor opposite Tiger Shroff. This time the makers decided to pair Disha Patani opposite Tiger. The film is also the Hindi remake of the Telugu flick Kshanam. Baaghi 2 is directed by Pranav and produced by Sajid Nadiadwala.