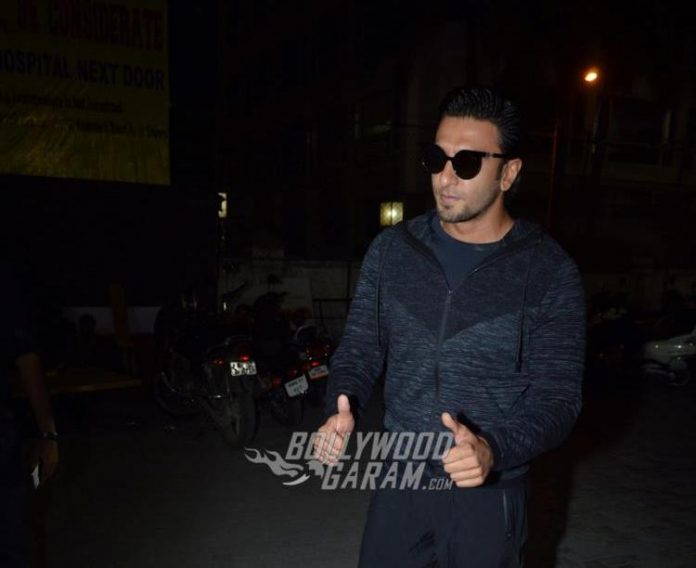 Bollywood star Ranveer Singh recently suffered an injury on the shoulder during a football match. The 32 year old star has been advised to take rest and not to over strain his shoulder and has cancelled his performance at the IPL ceremony. The Bajirao Mastani  actor was scheduled to perform at the grand finale event on April 7, 2017.

The spokesperson of the actor said, “After multiple medical check-ups, the doctors have strongly advised Ranveer Singh to not perform at this years IPL opening ceremony in which he was doing the finale act. They feel his high-energy performance would only overstrain his shoulder and aggravate the injury”. However, the actor will continue to shoot for his upcoming film Gully Boy which also stars Alia Bhatt.

Co-incidentally Alia too is suffering from a shoulder injury and despite the pain, continues to shoot for the flick directed by Zoya Akhtar. The statement from Ranveer added that the actor will continue to shoot for Gully Boy as it is not physically strenuous and just the dialogue based scenes are left to be shot.

Singh is also working on the upcoming films Simmba with director Rohit Shetty and Kabir Khan helmed 83, which is a biopic on the veteran Indian cricketer Kapil Dev.