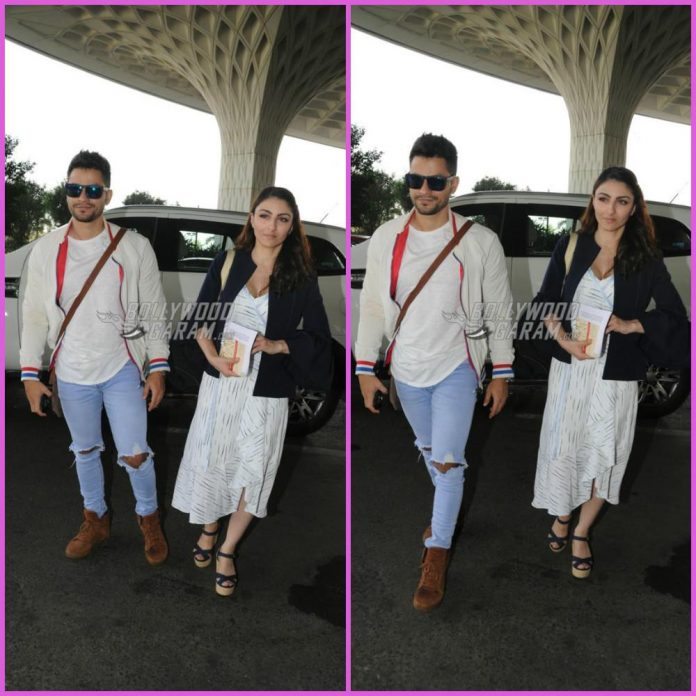 Soha Ali Khan and Kunal Kemmu are one of the adorable couples in Bollywood. The couple was blessed with a daughter Inaaya Naumi Kemmu on September 29, 2017. Kunal and Soha were snapped at the airport and looked great together on April 4, 2018.

The couple was all smiles as they made their way at the airport. Soha appeared in a white V-neck outfit with a navy blue jacket while Kunal looked dapper in a white t-shirt, ripped denims, white jacket and brown shoes.

The Ghayal Once Again actress in a recent interview was asked what she likes about Kunal, the actor , to which she said, “I like many things about him. He has a great sense of humour, he is very talented, good-looking, he has a lot of integrity, he is a man of his word, so if he says something he does it. That I like very much about him.”

On the work front, Kunal is enjoying the success of his latest film Golmaal Again.