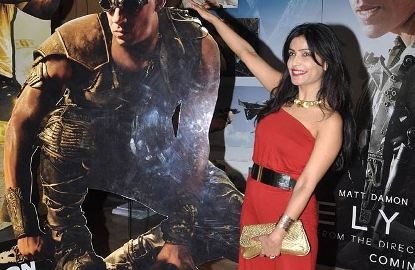 BollywoodGaram.com: American fiction movie ‘Riddick’ – starring Vin Diesel – had its premiere in India, at Cinemax Versova in Mumbai on September 5, 2013. The movie is directed by David Twohy and is distributed by PVR Pictures in India. Fans all over the world waited for almost a decade for the third installment and the movie was surrounded by a huge buzz around its release.

The movie has been released on September 6, 2013 and the premiere in Mumbai was attended by some big Bollywood celebrities including Prabhudeva, Poonam Pandey, Shibani Kashyap, Shama Sikander, Alex, Dolly Bindra, Bobby Darling, Rajeev Paul, Deepshika, Chandi Perera and many others.

The movie is now being showed in conventional, as well as IMAX Digital theaters.